More than 2 million people responded to the survey which asked questions related to the Trolley Problem.

The survey had more than 2 million online participants from over 200 countries who all had a take on the classic “Trolley Problem.” The trolley problem is a scenario that describes a runaway trolley heading towards a group of people, and you have the power to pull a switch to divert the trolley so that it will collide with just a single person. What would you do?

In the case of autonomous vehicles, the question is framed to consider whether the car should swerve to a small number of bystanders or a larger group as well as other related possibilities.

“The study is basically trying to understand the kinds of moral decisions that driverless cars might have to resort to,” says Edmond Awad, a postdoc at the MIT Media Lab and lead author of a new paper outlining the results of the project. “We don’t know yet how they should do that.”

“The main preferences were to some degree universally agreed upon,” Awad notes. “But the degree to which they agree with this or not varies among different groups or countries.”

The problem of biased programming has come up again and again since algorithms have been given responsibility for everything from tweeting to hiring. For example, Amazon has ditched an AI-powered program that it was using to hire new employees because it found out the program was favoring men for technical jobs. 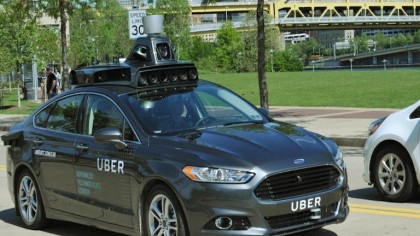 The program which read thousands and thousands of resumes had taught itself to prefer men over women, likely because was seeing more resumes from men that matched criteria, not because the women's resumes weren’t good, there were simply less of them. In a similar story, Microsoft had to pull its chatbot Tay off twitter after it starting tweeting racist and bigoted remarks just 24 hours after its release.

Described as an experiment in "conversational understanding” Tay was expected to get smarter and chattier the more conversations it engaged with. However, Twitter users began tweeting vile things at Tay and well, Tay, as robots do learn from what it saw and began sending those sentiments back into the world.

None of these stories require alarm bells to ring, rather a conscious understanding of the impact programming can have and that a broad understanding approach needs to be taken to all decision-making technologies.

MIT Researchers Make Autonomous Vehicles That Can See Beneath the Asphalt