MIT gets another chance at producing unlimited energy with nuclear fusion

Nuclear fusion is one of the most desirable goals not just for nuclear scientists but the world as whole. If the goal sees fruition, the world would have a limitless amount of free energy as they use abundant sources of fuel. The reactors will not leak radiation above normal background levels and they will produce less radioactive waste than current fission reactors. Unfortunately, nobody has yet to succeed to produce a reactor that requires more energy to go be powered than it produces but scientists are convinced that they are not far off. 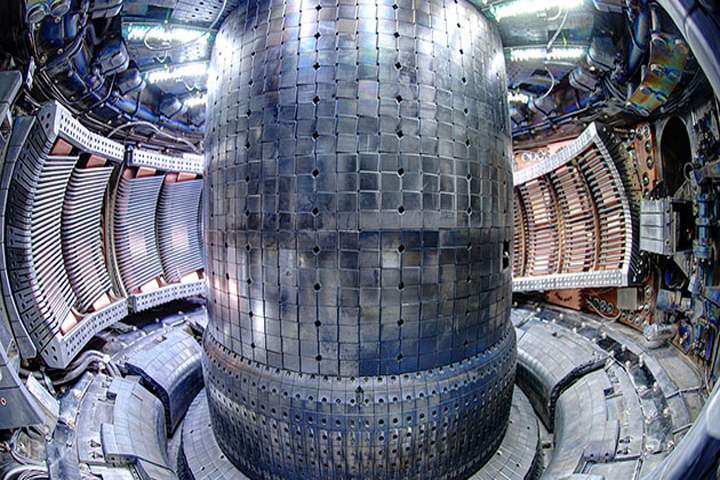 Now, MIT have just received $22 million from the Senate to keep the project alive until 2016. The Alcator C-Mod is one of three experimental reactors based in the U.S. that are currently operational and now, a five week experiment by 12 graduate students is set to go underway after the reactor was re-started by Senator Warren during a re-opening ceremony.

A fading poster titled “Fusion, Physics of a Fundamental Energy Source” takes up nearly an entire wall of MIT’s Plasma Science & Fusion Department’s second-floor lobby. It reads: “If fusion power plants become practical, they would provide a virtually inexhaustible energy supply... substantial progress toward this goal has been made.” This poster however, was made in 1996 and the goal has yet to be achieved.

Fusion produces energy when hydrogen nuclei combine, with helium as its harmless byproduct. During the process, not all of the matter is conserved and some converts into photons (energy) - the same process that powers active stars. The potential for nearly limitless, cheap, efficient fuel that does not harm the environment has long made nuclear fusion the “holy grail” of energy.

The success of a nuclear reactor could see an end to an enormous amount of fuel based problems we face with today's finite resources and so it is good to see projects like this being kept alive.