Tiny, cell-sized robots could soon be produced en masse thanks to a new method developed by researchers at MIT. The tiny devices dubbed “syncells” (short for synthetic cells), by their inventors have applications in everything from monitoring the inside of oil pipes to hunting down the disease in a human bloodstream.

The MIT team responsible for the breakthrough have been able to produce the robots in large quantities by controlling the ‘the naturally occurring fracturing process of atomically-thin, brittle materials, directing the fracture lines so that they produce minuscule pockets of a predictable size and shape.’ Inside each of these pockets are electronic circuits and materials that can collect, record, and output data.

The new system called “autoperforation” uses graphene to form the outer structure of the tiny syncells. One layer of graphene is laid down before the polymer material is applied that contains the electronics for the devices using a sophisticated version of an inkjet printer.

Another layer of graphene is then laid on top. Graphene, despite many imaging it is a floppy material is actually really brittle.

It is this quality that the scientists were able to take advantage of. The team developed a method that could control the natural fracturing process so that instead of braking randomly like a smashed window, the graphene would fracture into uniform pieces.

“We discovered that you can use the brittleness,” says Strano, who is the Carbon P. Dubbs Professor of Chemical Engineering at MIT. “It's counterintuitive. Before this work, if you told me you could fracture a material to control its shape at the nanoscale, I would have been incredulous.

"What we discovered is that you can impose a strain field to cause the fracture to be guided, and you can use that for controlled fabrication,” Strano continues. When the second layer of graphene is laid over the polymer dots it drapes over the raised areas forming lines of pillars.

Where the material raising to from the rise of the pillar is placed under strain. When the material has force applied to it shatters along theses boundaries precisely forming a series of small perfectly round pieces of graphene that looked they have been punched out.

Cell-sized robots have applications across medical and industry

The electronics are safely stored in the little pocket thanks to the way the graphene adheres to each other along their edges. Due to the minimal amount of fussy work needed to create these tiny robots, large numbers can be produced with accuracy and speed.

The finished product ranges in size from a tiny human red blood cell, about 10 micrometers across, to a dot about ten times that size. Amazingly, these tiny manmade objects look and behave like a living biological cell. 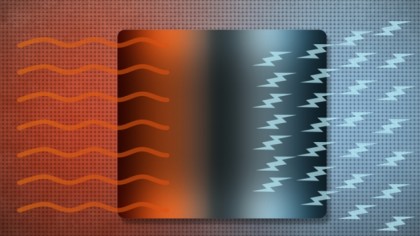 “In fact, under a microscope, you could probably convince most people that it is a cell,” Strano says. Strano has been working on syncells for some time and had earlier developed a series that could gather and store information about chemistry and other properties using sensors on their surface.

This information could be retrieved later and had applications like pushing them through pipework to gain data about their interior. While the newest syncells are not quite that sophisticated they do have the advantage of being mass-produced rather than hand assembled like earlier iterations.

The research is published in the journal Nature Materials, by MIT Professor Michael Strano, postdoc Pingwei Liu, graduate student Albert Liu, and eight others at MIT.