By  Loukia Papadopoulos
May 27, 2018
Chelsea Turner/MIT

Thermoelectricity also called the Peltier-Seebeck effect, is a two-way process that consists of the direct conversion of temperature differences to electric voltage and vice versa. For the past 60 years, scientists have unsuccessfully been researching materials that can efficiently convert heat to power.

Now, new research out of the Massachusetts Institute of Technology (MIT), published in Science Advances, has introduced a material capable of significantly increasing thermoelectricity’s potential. The novel material is five times more efficient and could generate twice the amount of energy as today’s most promising thermoelectric materials.

“If everything works out to our wildest dreams, then suddenly, a lot of things that right now are too inefficient to do will become more efficient,” said, in a statement, lead author Brian Skinner, a postdoc in MIT’s Research Laboratory of Electronics.

“You might see in people’s cars little thermoelectric recoverers that take the waste heat your car engine is putting off, and use it to recharge the battery. Or these devices may be put around power plants so that heat that was formerly wasted by your nuclear reactor or coal power plant now gets recovered and put into the electric grid,” added Skinner.

How a material produces energy depends on the way its electrons behave in response to temperature changes. Materials studied by researchers thus far have produced very limited thermoelectric power because it is particularly difficult to energize electrons through heat.

To solve this issue, Skinner and his team turned to topological semimetals, new lab-created type of materials, that have a configuration that can enable heated electrons to easily jump to higher energy bands. These topological semimetals were indeed successful at having negatively charged electrons jump to higher energy bands but they, unfortunately, created particles of positive charge that counteracted the heat generated by the electrons.

The researchers then decided to put to use Princeton University research in selenide which found that an increase in thermoelectric generation occurs under very elevated magnetic fields of 35 tesla. The team used data from that study to model the new material’s thermoelectric behavior under different temperatures and magnetic fields. 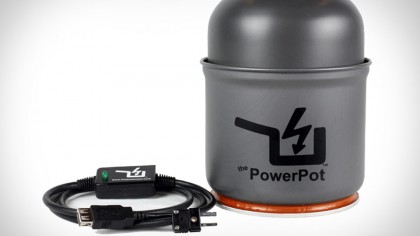 “We eventually figured out that under a strong magnetic field, a funny thing happens, where you could make electrons and holes move in opposite directions,” Skinner said. “Electrons go toward the cold side, and holes toward the hot side. They work together and, in principle, you could get a bigger and bigger voltage out of the same material just by making the magnetic field stronger.”

For the time being, these topological semimetals can only produce high thermoelectric properties under extremely high magnetic fields existing in few facilities in the world. The team is now looking to make this material “extremely clean” (as free of impurities as possible) to counteract those effects and see the material behave just as effectively in more realistic circumstances. They are also looking into other more suitable materials with similar properties.