The MIT-developed programming language, Julia 1.0 has been officially released to the public. Julia has been in development by MIT for almost a decade and made its official public debut during JuliaCon, an annual conference of Julia users.

The program combines the best of Ruby, MatLab, C, Python, R, and others to form a language that is quickly being adopted by developers working at the cutting edge of technology.

Julia became available to developers back in 2012 and since then has been used by the MIT Lincoln Laboratory and the Federal Aviation Administration to develop the Next-Generation Airborne Collision Avoidance System (ACAS-X), and by the MIT Operations Research Center to optimize school bus routing for Boston Public Schools.

Julia already in use by high-profile labs and companies

The program is used by 700 universities and research institutions and by companies such as Aviva, BlackRock, Capital One, and Netflix. Julia’s developers say they created the language simply because they are ‘greedy’ and wanted the best of all the current languages rolled into one. 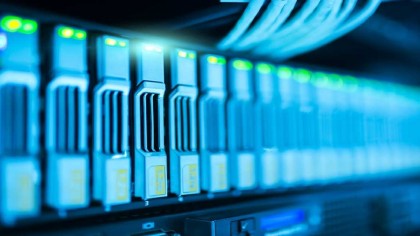 We want something as usable for general programming as Python, as easy for statistics as R, as natural for string processing as Perl, as powerful for linear algebra as Matlab, as good at gluing programs together as the shell. Something that is dirt simple to learn, yet keeps the most serious hackers happy. We want it interactive and we want it compiled,” they describe in a 2012 blog post.

Developers set to enjoy the high productivity and ease of Julia

Julia is currently the only high-level dynamic programming language in the “petaflop club,” which means it has achieved 1.5 petaflop/s using 1.3 million threads, 650,000 cores and 9,300 Knights Landing (KNL) nodes to catalogue 188 million stars, galaxies, and other astronomical objects in 14.6 minutes on the world’s sixth-most powerful supercomputer. Julia is quickly becoming a popular choice for engineers working with self-driving cars and 3D printing technologies.

“The release of Julia 1.0 signals that Julia is now ready to change the technical world by combining the high-level productivity and ease of use of Python and R with the lightning-fast speed of C++,” Edelman says.