A new working paper by MIT busts the long-standing myth of the 20-something successful entrepreneur.

It turns out the everlasting myth of the 20-something billionaire entrepreneur is just that; a myth. According to a recent working paper by MIT, the average age of a successful company entrepreneur is 42, not 22.

MIT Sloan professor Pierre Azoulay and PhD student Daniel Kim sought out data from the Census Bureau’s Longitudinal Business Database and Schedule K-1 business owners information from the Internal Revenue Service. They used it to review 2.7 million company founders who had launched their businesses between 2007 and 2014.

The researchers found that the average age of entrepreneurs who started a company that went on to hire just one employee was 41.9 while the average age of high-growth company founders was 45 years old. “If you knew nothing else, and you had two identical ideas, one proposed by a very young person, one proposed by a middle-aged person, and that’s the only thing you have to go on, you would be better off — if you wanted to predict success — betting on a middle-aged person,” Azoulay said.

No matter what sector the researchers analyzed, they found similar results. The average age of successful entrepreneurs was in the early-to-mid forties.

Kim explained that, for economists at least, the study’s results were not much of a surprise. “In theory, we know that with age a lot of benefits accumulate,” Kim said.

“For instance you get a lot of human capital from experience, you also get more financial resources as you age, as well as social connections, all of which will likely boost your odds of success as an entrepreneur.”

This isn't the first time that studies show the prevalence of 40-year-old business successes. A 2009 study by Kauffman found that “founders tended to be middle-aged—40 years old on average—when they started their first companies. “

Azoulay specified however that their data had some limitations. The Census lacked details on education which meant the researchers had to focus on experience.

Azoulay also said that the study did not completely exclude young people. There were some who had created “very robust, very large successful businesses" at an early age. 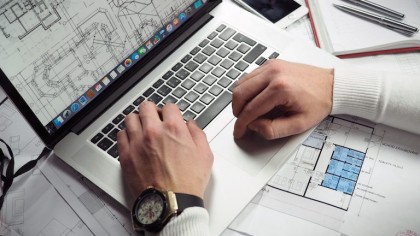 From Engineers to Entrepreneurs: Why Millennials Must Build a Business ?

Kim shared some encouraging and wise advice for fresh graduates. “If you’re 22 or maybe just coming out of an MBA program, and there is this social perspective that you should be an entrepreneur right now, rethink that, because you might have a great idea but you might not have the right skills or experience to really propel that idea,” Kim said.

“Think about career paths as options, not just as absolute paths,” he added. Now, that would make for an unconventional commencement address.

We Can Isolate High-Quality Sperm With Acoustic Waves, Says Study