Your next massive concert will be epic, incorporating things like AI and augmented reality.

Have you ever sat back and wondered why humans like music? Or if there are there any humans that do not appreciate some form of music? Well, you are not alone. Scientists have been answering this question for the past decade with varying answers. Music from an evolutionary standpoint is a bit weird. You know when you are listening to that new Weeknd album and you get goosebumps or feel a range of emotions? How is this necessary for our survival as a species?

In a study published in Nature Neuroscience, researchers found that those chills or goosebumps that you get while listening to an album, come from music engaging with our reward system releasing tremendous amounts of dopamine, similar to when we are eating or when we are having sex. Yet, the study also confirms unlike food or sex, it is not necessary for our survival. However, our brains do like patterns, and as mentioned in the same study our minds may simply be drawn to patterns and patterns play a big role in music. Nevertheless, research has yet to give us a straight answer. 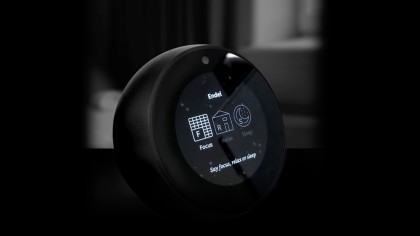 Perhaps it is something beyond science. As stated by Max Richter, guest curator of the Peaceful Music playlist, “The idea of music having a use goes back centuries. The beginnings of written-down music were the liturgy, and obviously, that has a connection with the idea of a meditative state and all of that. So music can be useful in that way.”

Why is this question important? Emerging technologies like artificial intelligence or virtual reality are reshaping multiple industries across the globe and the music industry is no exception. Understanding the role of music in our lives and how technology could enhance music could make music experiences much better in 2020 and beyond.

The way we experience concerts, the types of music created, the instruments used, and even the artists entering the industry are all being reshaped because of the new technology. Today we are going to take a look at how those technologies are changing music and the way we are experiencing music.

Artificial Intelligence will change just about everything

Artificial Intelligence is changing how we create music, helping musicians explore new areas of creation (or is going on to become the musician itself.) Using machine learning as a basis to learn every musical composition technique or trendy sounds, a programmer can create a song or a full album using AI. Take a look at Space150. The U.S. based agency recently conducted a fun experiment using AI to create an original song in the likeness of the musical superstar Travis Scott. Everything from the lyrics to the melodies is created using AI.

While the German-based music company, Endel, uses artificial intelligence to create personalized sound environments to help you focus while you work and even boost your creativity. Their system collects data on its surrounding environment, on your work habits or sleeping habits to create a unique one-off musical experience. Try it for yourself here. Just like in other creative fields, AI will help artists enhance their creative potential.

Artificial intelligence will make mastering much easier and more accessible to emerging artists. Producing a track is great, but things are not done until your song is mixed, which takes a level of detail, skill, and experience that can be intimidating for most. Even more so, mastering a track is getting expensive. However, AI has opened the doors to AI-based mastering services like LANDR. These companies will master your tracks for an affordable price.

While figuring out how to effectively work remotely, don't overlook to pick up procrastination practices — the fun side of staying productive. It's so easy to be distracted when working from home — and there's nothing wrong (let alone strange) in that. Unless you blame yourself for 'losing grip' — please don't, we all need our time to adapt. Wrap up your deep work session with your preferred way of unwinding at home, and them both will equally help you get the best result. Repeat as a habit. . . . . . #stayhome #stayhomestaysafe #stayhomeclub #workfromhome #workfromhomeperks #remotework #remoteworking #remoteworker #remoteworkers #stayproductive #stayfocused💯 #wfh #productivitytips #productivityhacks #productivityhack #worklifebalance #worklifebalanced #worklifebalanceday

Artificial Intelligence will create hyper customized experiences for you. Companies like Endel create music based on your data and surroundings. There could come a time where songs are recommended or even created based on brain waves, mood, etc. using the power of AI.

Artificial Intelligence will help us find the next stars. Major studios know how to create a great hit, some argue that it is almost formulaic. Artificial Intelligence could be used to help people create pop hits or even find new talent through the analysis of previous hits, and global talents. If anything, this has probably already started.

Concerts will be technological marvels and potentially interactive

Concerts are the largest money makers for artists. Whether it is a large stadium experience or an intimate venue, artists are constantly looking for ways to elevate these music events with technology, moving beyond the traditional stage. If you take a look at some of the biggest concerts of the past 2-5 years, you will notice a dramatic shift in the way stage designers approach venues, incorporating artificial intelligence, augmented reality, robotics, and 3D printing to design stages that are truly out of this world.

One of the leading masterminds behind these creations is the talented stage designer Es Devlin. Working with artists like Beyonce, Adele, U2, The Weeknd, Kanye West, and Jay Z, Devlin consistently incorporates various emerging technology experiences that elevate a musician’s performance, building tremendous on stage sculptures. Projection mapping, massive screens that respond to an audience, and AI-controlled lighting are all staples of a Devlin designed concert, potentially the concert of the future.

The fun does not stop there. Back in 2015, Muse incorporated various aspects of programming and drones to elevate their political statement. While artists like Four Tet incorporated 3D technology to design an environment that makes dancing more exciting for audience members.

Even Aphex Twin has started using face-mapping technology to capture the expressions of audience members in real-time, superimposing them onto the faces of celebrities and then beaming the faces onto the massive screens on stage. If you want to learn more about how stage design is changing, be sure to stop by here.

Virtual reality will allow you to attend events anywhere

Speaking of concerts, virtual reality technology is expected to make waves in the music industry too. One of the more obvious places you will see VR technology in attendance is at concerts. Some people are not that big of a fan of, the at times, overwhelming experience of concerts, or simply prefer to enjoy experiencing their artist’s music in a more intimate setting.

Artists are already streaming their concerts to fans via streaming services, the next evolutionary step is a full musical experience using VR. Thanks to virtual reality, you would be able to attend an event almost anywhere in the world from the convenience of your living room.

It has already started. Artists like Chromeo and Slash have offered fans interactive performances that can be viewed and explored using virtual reality. In some cases, you can even walk around backstage for the exclusive VIP experience. Though the technology’s potential is still in its infancy, upon the arrival of 5G networks, expect to see a boom in VR music experiences. However, VR does not stop with musical performances.

The creation of the cyborg, digital, holographic, or robotic artists

When the Gorillaz first came out in the early, the 2-D band made waves not just for their amazing music but because they were partly anonymous, hiding behind their cartoon characters. In this digital age, this is becoming more common with acts like Megurine Luka and Kaito becoming major global musical forces. However, through the power of AI artists may be purely digital with no real-world person behind them; the ultimate musical avatar.

It is already happening. Hatsune Miku is a purely digital avatar that performs for thousands of adoring fans each year using holographic technology. Miku is simply a singing voice synthesizer. Yet, she has been featured in over 100,000 songs released worldwide.

Finally, robotics is not only taking center stage at classic musical performances but it also holds the promise of augmenting humans to the point that they do not need to use instruments anymore. Neil Harbisson, the world’s first cyborg artist has an antenna screwed into the back of his skull that hangs over the middle of his forehead.

This antenna allows him to create different musical frequencies by simply staring at the various colors and shapes that he sees throughout the day, eliminating the need to create traditional instruments. Even Ph.D. researchers Joseph Malloch and Ian Hattwick’s The Spine could eventually offer the people a wearable that creates music based on people’s movements.

New technologies have opened the gates to a host of different types of new instruments and synthesizers. However, one company’s innovative tool has stood out from the pack. Roli has created the newest thing to happen in the keyboard world since about the year 1700.

The Roli company offers musicians the opportunity to elevate their music production experience with their 5D touch keyboards. These MIDI controllers allow users to create extremely expressive sounds thanks to their continuous, touch-responsive surfaces that replace the keys of a traditional keyboard.

What will be the next big thing in music?

As Natasha Bedingfield once said, “The music technology scene is changing so fast it's hard to keep up.” This rapid pace is forcing artists, content creators, and sound designers to rethink the way they approach the music industry. The way you experience music could be very different in the next five years. However, the good news is that what we define as good music will probably be the same centuries from now and beyond.

Maybe through our technological exploration of what makes great music great, we will discover why humans love or even in some cases need music in their lives. How have you seen technology change music? What predictions do you have about the future of music? Leave your comments below.