Scientists and researchers at Rice University have made an interesting discovery in the field of Tesla coils and nanorobotics. The strong force field emitted by an electrified tesla coil will cause carbon nanotubes to align and assemble together into long chains, dubbed "teslaphoresis." If your first thought after hearing this is self assembling nanotube robots, then you would be thinking exactly like the researchers behind the project, according to RICE. This discovery may lead the way to the formation of self-assembling nanobots that have the capability to shape shift and transform into whatever the user desires.

The tesla coils oscillate the positive and negative charges in each nanotube which causes them to align, much like magnets. Better yet, the magnetic field created by the Tesla coil can even pull long strings of nanotubes over relatively extensive distances. When Tesla invented his famous coil in 1891, the intention was to bring free wireless electricity to everyone, and he was largely unaware of the concept of force fields created by his device. Scientists behind this discovery have been shocked to see the practical applications never before presented by the presence of force fields.

“Electric fields have been used to move small objects, but only over ultrashort distances. With Teslaphoresis, we have the ability to massively scale up force fields to move matter remotely.” ~ Rice Chemist Paul Cherukuri

The team was even able to 'control' the nanotubes and use the force field to make them complete a circuit between a battery and an LED bulb. 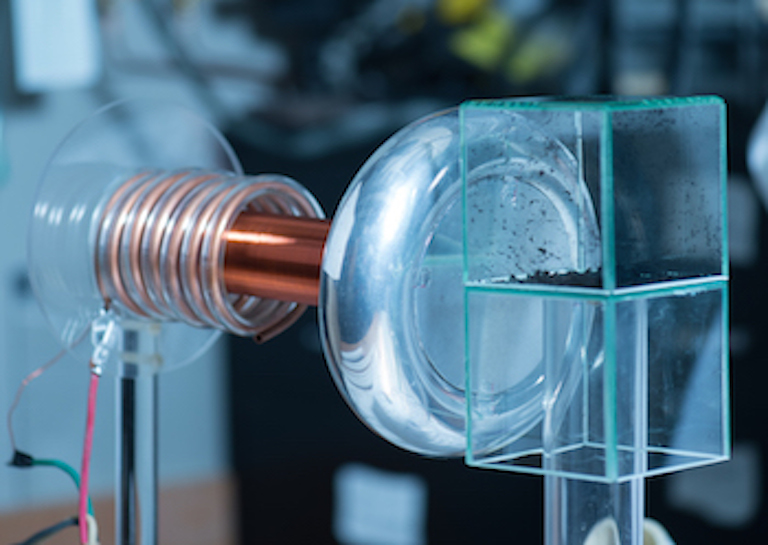 This research also points to a theory that would suggest the redesign of the current Tesla coil that may allow the force field to have influence on objects at far greater distances. Currently, the coil models in Rice University's labs only have influence up to around a couple of feet, but there are larger systems under development. The lead researcher behind the project suggests that a specialized configuration of multiple coils would enable much more complex circuits and shapes to be assembled.  Most astoundingly of all, the research was self funded by the professors and teams working on the project, which is pushing the boundaries of knowlege in the field of nanoscience.

“This was one of the most exciting projects I’ve ever done, made even more so because it was an all-volunteer group of passionate scientists and students. But because Rice has this wonderful culture of unconventional wisdom, we were able to make an amazing discovery that pushes the frontiers of nanoscience.” 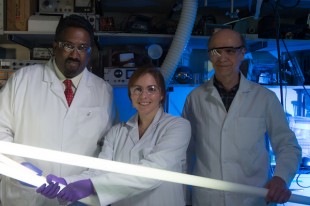 The full research was published in ACS NANO last week, and the team continues to work on improving their techniques. This discovery goes to show that advances in the technical fields do not require expensive laboratories, but rather a will to learn and discover. The field of robotics is certainly ready to start adapting to self-assembling devices, but is the world ready for such a technology?