Swiss researchers have developed an eel-like robot that can effectively detect the contamination levels of lakes and other bodies of water. The robotic eel, known as Envirobot, has built-in sensors and motors that give it the potential to function autonomously in the future. The project is a collaborative effort between Ecole Polytechnique Federale De Lausanne (EPFL) and other Swiss institutions.


Envirobot is equipped with biological organisms to potentially detect pollutants

Monitoring water condition in large bodies of water like lakes and seas can prove to be a challenging task and sometimes impossible to conduct. Manual testings and gathering water samples are currently being done by humans with limited reach. A team of researchers from EPFL is developing a solution to this. They have designed a water-based robot, called Envirobot, that can remotely swim through contaminated water to search for the source of the pollution. 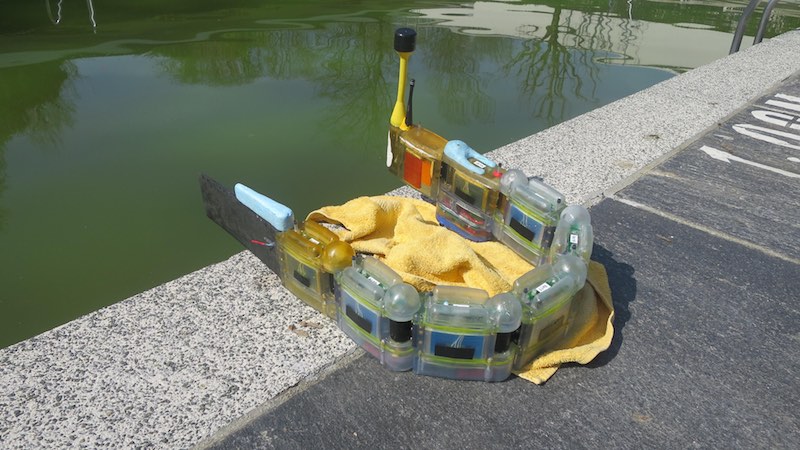 The robotic eel was built with various sensors that can detect chemical, physical, and biological anomalies within a body of water. With its eel-like shape and smooth flow of movements, Envirobot is able to swim through water without disturbing marine life and stirring up mud along its course. The robot's sensors are capable of taking measurements across various locations and feed the gathered data to a computer in real-time.

Envirobot is built using several modules, which gives it the flexibility to smoothly navigate through the water. Each module is equipped with a small electric motor to propel the robotic eel forward. By designing the robot in a modular system, the engineers have the freedom to tweak it according to specific missions by varying its length and compositions. 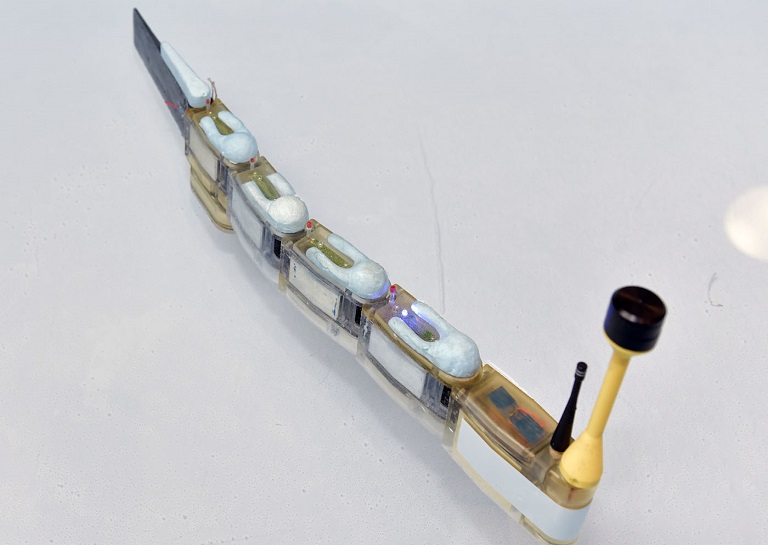 "There are many advantages to using swimming robots. They can take measurements and send us data in real-time – much faster than if we had measurement stations set up around the lake. And compared with conventional propeller-driven underwater robots, they are less likely to get stuck in algae or branches as they move around. What’s more, they produce less of a wake, so they don’t disperse pollutants as much".

Ijspeert also mentioned that their technology could be further developed to function autonomously. "The Envirobot can follow a preprogrammed path and has also the potential to make its own decisions and independently track down the source of pollution", said Ijspeert. 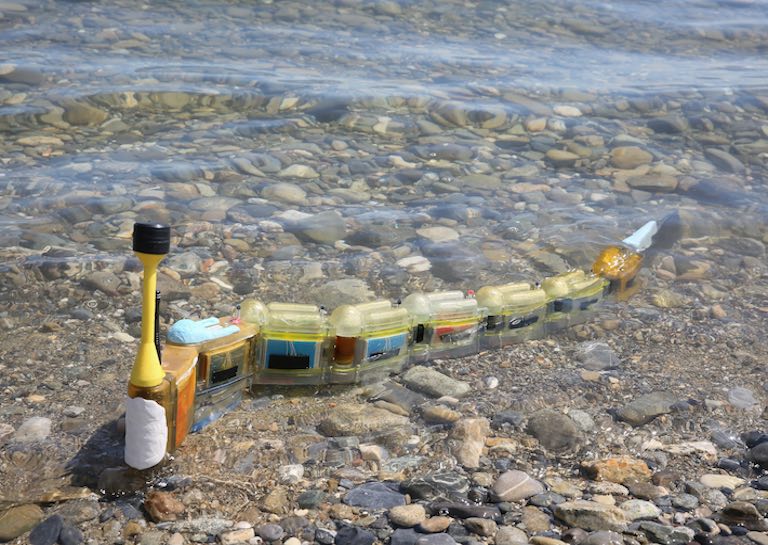 The robotic eel is constantly being tested in Lake Geneva as part of its development program. One of Envirobot's ultimate goal is to detect heavy metals such as mercury along deep or shallow waters with increasing toxicity levels. The project is funded by the Swiss NanoTera Program and collaborates with other institutions such as the University of Lausanne, the University of Applied Science and Arts of Western Switzerland, and the Swiss Federal Institute of Aquatic Science and Technology.

Jan Roelof van der Meer, department head of the Fundamental Microbiology at the University of Laussane, and the research team conducted a notable experiment using salt to contaminate a small area in the Lake Geneva. Envirobot was able to successfully map the differing conductivity levels around the area as well as generate a temperature map. However, according to van der Meer, conducting such experiments on real environmental settings is not ideal for Lake Geneva as it will harm the aquatic life that resides within it.

"We obviously can’t contaminate a lake like we do the test water in our lab", said van der Meer. "For now, we will continue using salt as the contaminant until the robot can easily find the source of the contamination. Then we will add biological sensors to the robot and carry out tests with toxic compounds". 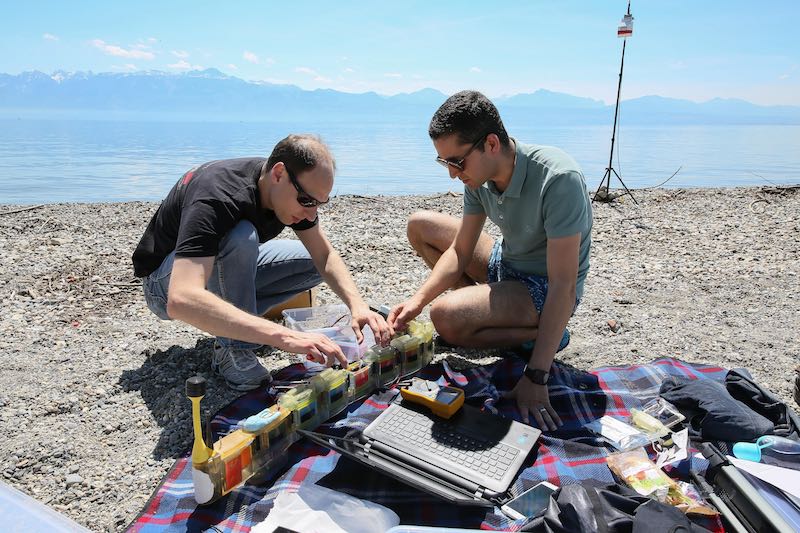 The team of researchers has planned out a series of tests this summer to gauge the capability of Envirobot's biological sensors, which contain either bacteria, small crustaceans, or fish cells. By observing how each of the biological organisms react when they encounter contaminated water, the researchers would be able to deduce what kind of pollutants are present in the water.

SEE ALSO: This Soft Robot Can Grow Itself Like a Fast-Moving Vine