Researchers from the Tohoku University in Japan have discovered new genetic information about the Habenaria orchid.

Orchids are one of the most sought-after flowers in the world. Their beautiful flowers have been the subject of poems, painting and even international theft. Now, researchers from the Tohoku University in Japan have revealed new information about the Habenaria orchid which could be key in future botanical studies. 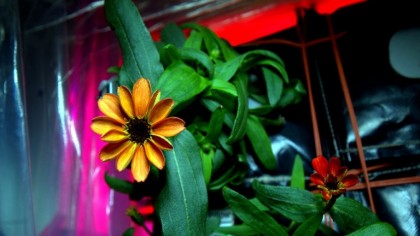 The research team has uncovered the gene responsible for the greenish flower mutation seen in this particular species. The mutation is caused by a retrotransposon insertion in one of the floral homeotic genes in the Habenaria orchid.

Research may aid in orchid production

The discovery was made by Associate Professor Akira Kanno and PhD candidate Mai Mitoma. The discovery may greatly assist orchid breeders to increase their production.

The lip of the orchid acts as the landing platform for the insects that pollinate orchids, the size, shape and color of the lip varies greatly according to the orchid species. At the centre of the flower is a reproductive organ called a column.

This is the first research that has unlocked the secrets of the molecular mechanism of the orchid. This research in combination with genetic engineering could lead to new methods of organ reproduction and species creation.

Sepallata-like gene the key to mutation

Kanno explained the process, which was undertaken to reveal the mechanism: "first, we used a mutant orchid cultivar with greenish flowers to analyze the important genes related to flower development in orchids. Then we found the retrotransposon insertion in one of the floral homeotic genes called the SEPALLATA-like gene in the mutant orchid cultivar."

Future research will aim to modify the same gene in other species of orchids. These mutant flowers may help scientist and botanists understand the full molecular makeup of orchids.

Orchids have fascinated rich and poor for centuries

Wild orchids grow on every continent except Antarctica. Orchid collectors have operated for centuries crossing the globe to discover, trade and hybridize orchids.

The global trade volume of the floral industry in 2003 was US $101.84 billion. A large proportion of this can be allocated to orchids whose unusual beauty and long-lasting flowers are popular all over the world.

While Singapore grows many of the world's flowers for commercial distribution there is also large orchid growing centers in Europe and Africa. While there are thousands of varieties now available for domestic cultivation, for centuries orchid hunting was a dangerous but lucrative business.

In the Victorian era, the royal family sent botanists to South America to look for wild and unusual species to be brought back to England for display and research.

Scientists Say We Can Reduce Emissions by 68%. With Plant-Based Jet Fuel?