Michele Pacey is a Canadian creative soul, mom of three, and she has run a blog called Michele Made Me since 2010, full of creative craft tutorials. She even wrote a patchwork book which you can find on Amazon. As she describes on her blog page, one of her children who is around 6-7 years old, found a book called Make It Work! Building by Andrew Haslam in their local public library and chose an amazing tower crane made of wooden sticks. 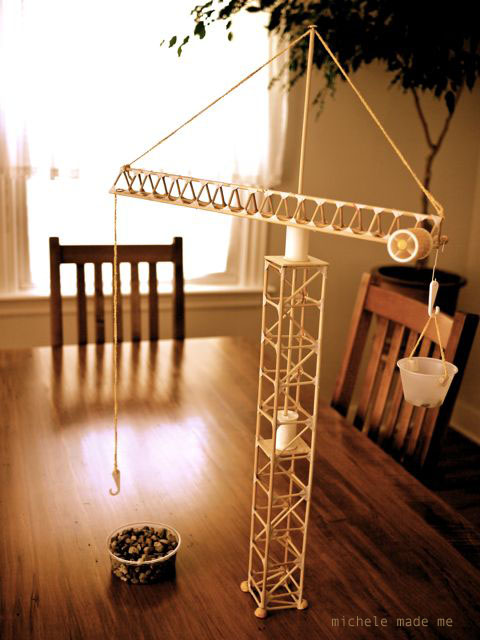 He asked his mom to build it together and so the project began. After a week, they assembled the tower crane together and had working through only spending a few hours per day, during the week. Surely it wasn’t a quick project. They pre-produced all the stuff they need, measured and cut all the component pieces, sanded and got all them ready to build the crane, then they got started constructing. 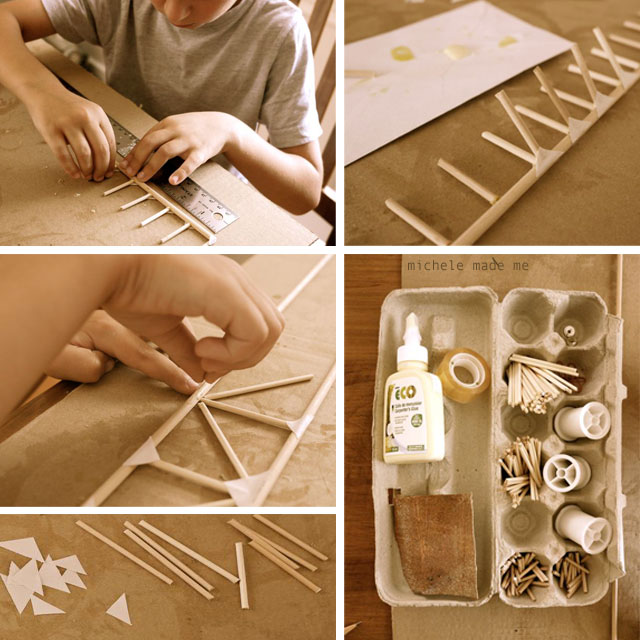 As she tells in her blog, they didn’t follow the steps exactly. They found their own ways to solve some tiny problems, or let’s say they used their imagination to build it in a different way. As a recycling lover, she used some of her craft stash in different combinations. She even used empty egg boxes to keep all the tools together. 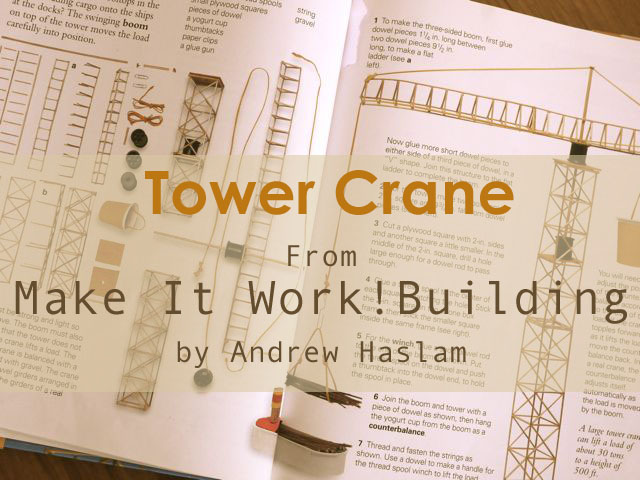 “I was also happy to find a use for a few odds and ends from my recyclable stash too. You know those little plastic hooks that come with store-bought socks? I’ve saved a veritable heap of them! It was nice to finally use a couple of them in this project. Also, the side of a small mandarin orange crate came in handy; we used one to make the two wooden platforms on the vertical tower.” 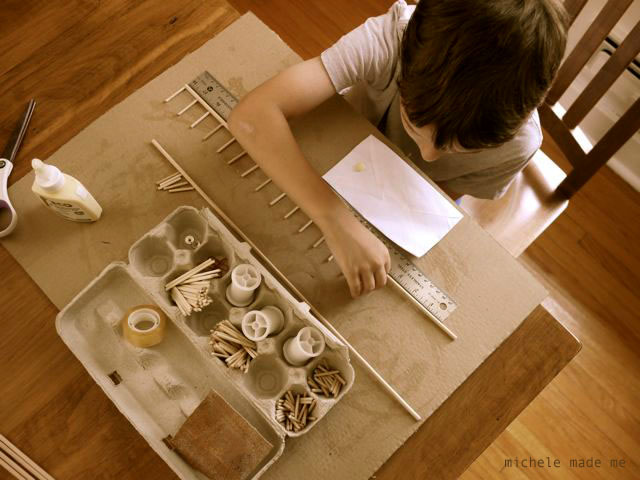 Teaching your children that there is always alternative ways and techniques is surely priceless. Michele preferred to use carpenter’s glue instead of using a hot glue gun for all the gluing needs, which is safer if you are working with a kid. 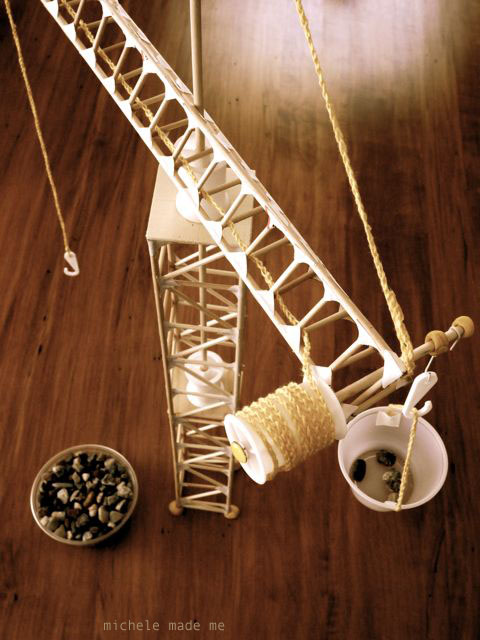 When an engineering mind meets with creativity, sometimes the rules lose importance. For example, they made the large jig all at once instead of making them into two pieces and sticking them together, as the book says. 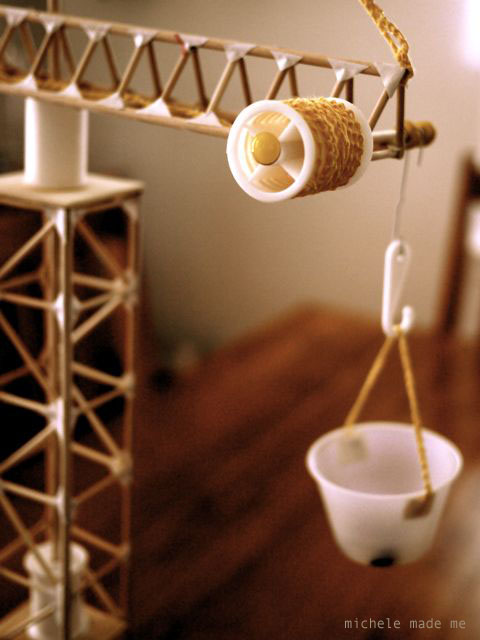 After the glue dried, the crane looked pretty interesting and successful. It is a big deal for a kid to build a crane, which includes many engineering and geometric rules. That’s how the engineering involves itself into your soul.

“In truth, our tower crane is not quite done. There are still a couple minor kinks to work out. We’d like to tweak the chain winding mechanism; it could run a little more smoothly we think. And the horizontal boom could use a small platform to rest on for additional stability. But otherwise, it’s pretty darn nifty.”

Michele Pacey wrote well over 100 free craft tutorials and around 600 blog posts, she has an online shop where she sells downloadable patterns and tutorials, and she has contributed to many craft publication both on-line and in print, including this wonderful book. If you are into her ideas, follow her blog here, and see how she changes her family’s world, creatively.

Via: Michele Made Me