According to a report, more than 800 digital tokens are dead as Bitcoin is trading at 70 percent less than its record high.

More than 800 cryptocurrencies that have been launched in the last 18 months are now dead according to a report from CNBC. New cryptocurrency coins are created when companies engage in a process called initial coin offerings or ICO.

Usually, a startup offers investors the chance to buy their coin not for an investment in the company but as a method of buying the company's product. The ICOs are offered at a low price with the promise of a big return.

Cryptocurrency tracking website, CoinSchedule shows that companies raised $3.8 billion via ICOs in 2017, an amount that rocketed to $11.9 billion in 2018. But many of these coins are now dead, either because they were scams, a joke or the product the company promised never eventuated.

Deadcoins.com tracks crypto-coins that die and already has a list of over 800 dead digital tokens. To be considered dead the coins must be trading at less than 1 cent. Bitcoin, the most famous cryptocurrency is currently trading at 70 percent less than its record high of almost $20,000 last year.

The rise and fall of bitcoin has caused some observers to draw comparisons with the Nasdaq's sharp fall in 2000 and the failure of many cryptocurrencies startups with the dotcom bubble of the late nineties. Lack of trust in the sector is partially blamed on the hacking of two well known South Korean cryptocurrency exchanges. ICOs have a bad reputation for being risky and there are many stories of startups running off with investors' cash.

However, there are still many in the industry who still believe that ICOs can offer an alternative to traditional initial public offerings. Despite Bitcoin’s poor recent performance, there is still hope that the coin will regain some its stellar form from last year. Arthur Hayes, CEO of cryptocurrency exchange BitMEX, told CNBC's "Fast Money" on Friday that he believes bitcoin could climb to $50,000 by the end of the year. 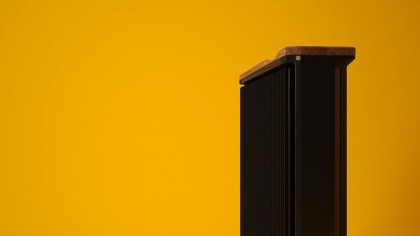 Critics of the industry are likely to be feeling smug in light of this recent news. Influential investor Warren Buffet has repeatedly told media that the end was certain for bitcoin. “In terms of cryptocurrencies, generally, I can say with almost certainty that they will come to a bad ending,” the chairman and CEO of Berkshire Hathaway stated in an interview with CNBC earlier this year. “When it happens or how or anything else, I don’t know.” Bitcoin is currently trading at $6,467 USD according to information from CoinDesk.

Tesla Is Now Worth More Than GM, Ford, FCA Combined