Eco-friendly cities around the world heavily incorporate sustainable spaces in their urban and engineering projects. However, this type of green solution is often expensive and can take up large areas in cities making it an inconvenient sustainable solution. A German-based start-up is looking to revolutionize the way cities deal with air pollution by building CityTree, an intelligent natural air purifier.

Air pollution is not just a persistent environmental issue in large cities. In some scenarios, like the Chinese winter of 2013, air pollution can inflict illness and even death to tens of thousands of city dwellers. Many urban and engineering projects heavily incorporate green spaces in their design, however, these solutions are sometimes inefficient and often expensive. But Green City Solutions has come up with a technology that addresses city air pollution in an effective and considerably affordable way. The German start-up patented a product called CityTree, which is a vertical unit covered with a large surface area of moss and lichens that filter nitrogen oxides, ozone, and particulate matter. 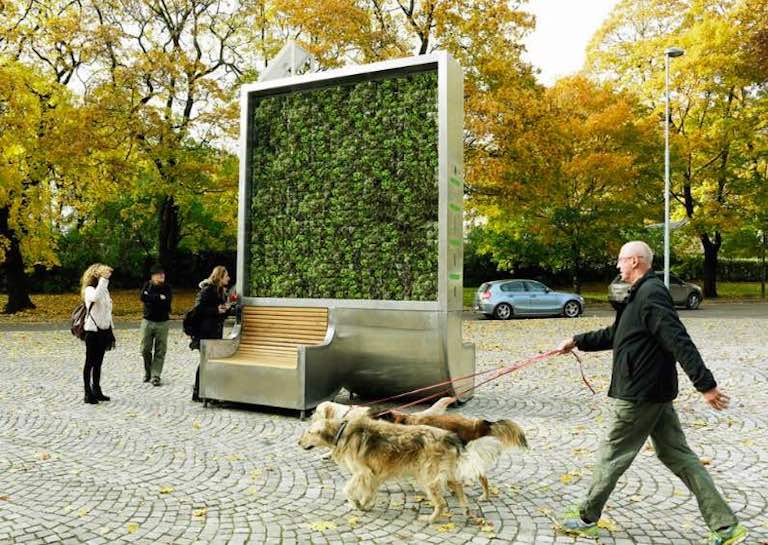 Each of the freestanding units is 4 meters in height and can offset a total of 240 tons of carbon dioxide equivalents per annum. According to the start-up's website, CityTree is able to purify city air in a unique and natural way.

"Certain moss cultures have the ability to filter pollutants such as particulate matter out of the air by binding them to the leaf surface and then integrating them permanently into their own biomass. This makes them ideal air purifiers". 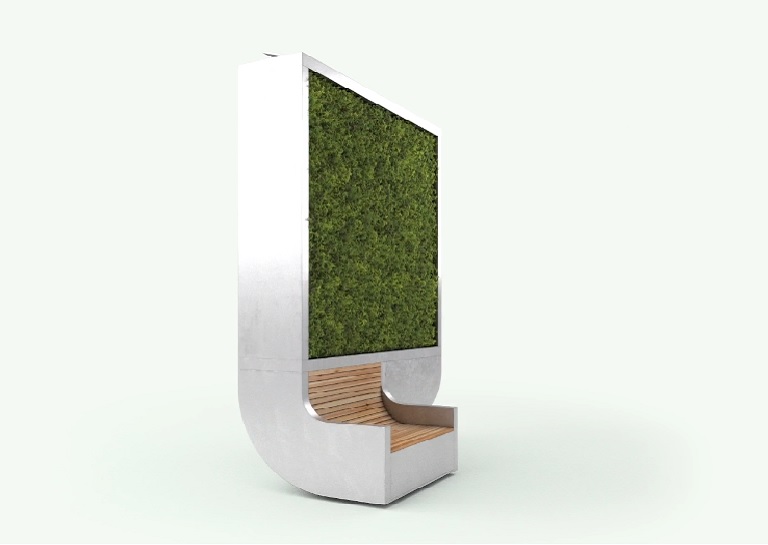 One CityTree unit has the same purifying effect as 275 urban trees and advantageously requires 99% less space and 5% of the cost. The units are built with solar panels and water retention systems, which makes CityTree self-sustaining. CityTree only needs a few hours of maintenance per year. 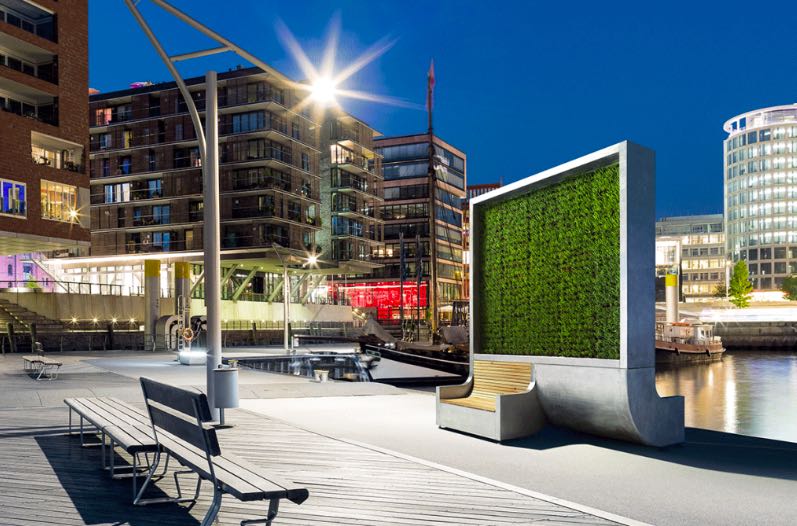 To optimize the function of a CityTree, the system is integrated with an IoT technology that collects, analyzes, and visualizes data about the unit's status and environmental performance. Collectively, the CityTree is an intelligent, natural air purifier solution that is ideal for every city around the world. 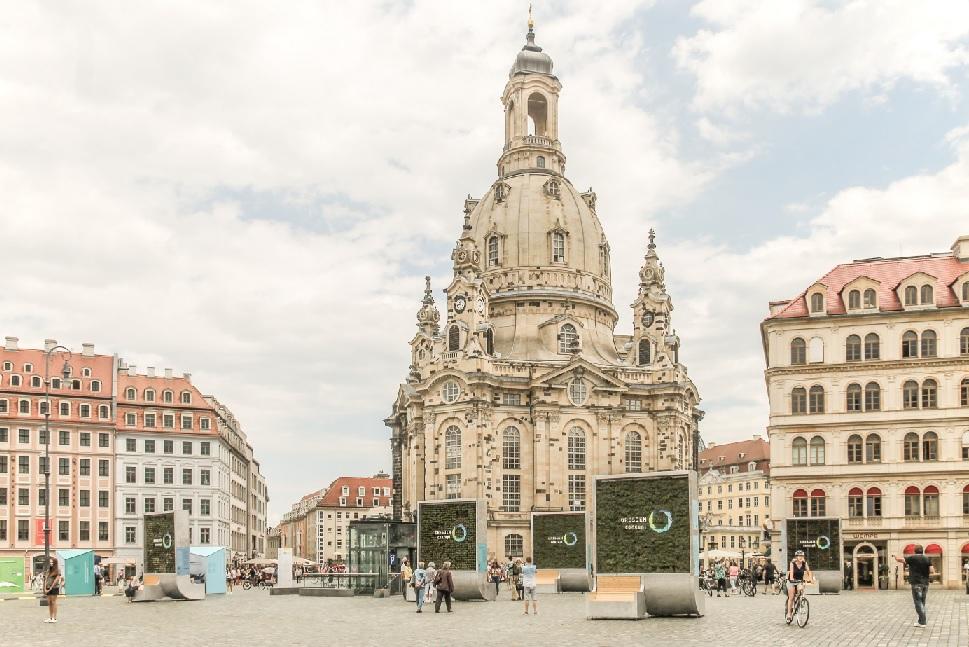 To date, CityTree units have been incorporated in various cities in countries including Germany, France, Norway, Belgium, Macedonia, and Hong Kong. According to CNN, one CityTree unit costs around $25,000 and does not fully address the issue of city air pollution as polluted air from car exhaust, for example, are dispersed vertically. In this case, the intelligent natural air purifier does not have direct contact with the air that needs to be filtered. And that sources of air pollution must be eliminated in the first place in order to effectively prevent city smogs.