Today Google Maps is unavailable due to the Ms.Pac-Man takeover. Only joking, it's April Fools'!

But seriously, though, have you opened up you Google Maps yet? If you're not a regular user or visitor of the website's map or app then maybe this is one of those days you can expand your online horizon.

For 2017's April Fools' day, Google has once again converted their Maps services into the 1980's gaming craze Pac-Man. Back in 2015, Google has already played all of us with this trick with the original "Pac-Man" but two years later, they have decided to grace us with the presence of Ms.Pac-Man. Jumping into the equality boat wagon, are we Google Maps?

Ok, I've read many news and articles since waking up to this 'map-eater' trend happening on April Fools' and have seen online many people play it in big cities like lower Manhattan in New York or in the busy street of Hollywood in California. But really, don't the streets look perfectly parallel and straight? I find this quite boring. Like this one near Little Italy in Manhattan. 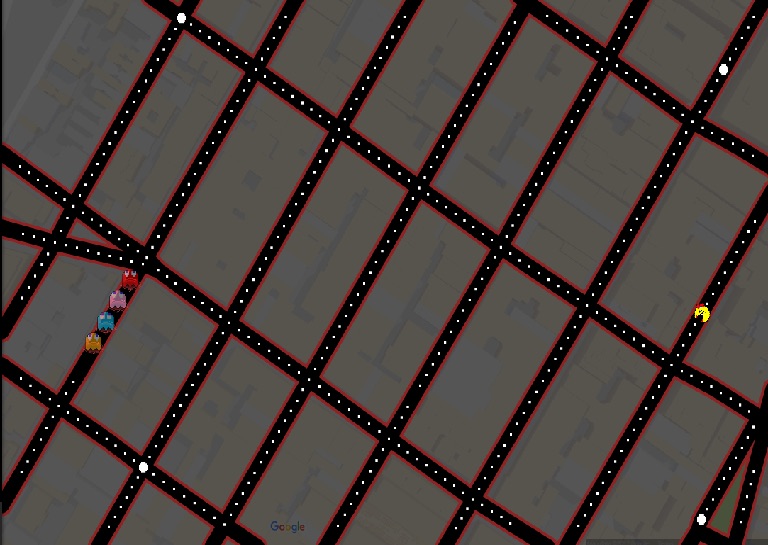 To have a slightly more challenging Ms.Pac-Man experience today, try playing it in small European cities. Many European cities are geographically small but with loads of things packed in it which makes them compacted. I personally prefer these small, cozy European cities rather than extra large, busy cities everywhere else. For playing Ms.Pac-Man, it looks more exciting with their many curvy twists and turns, and interesting u-turn streets like this one in Valletta in Malta. 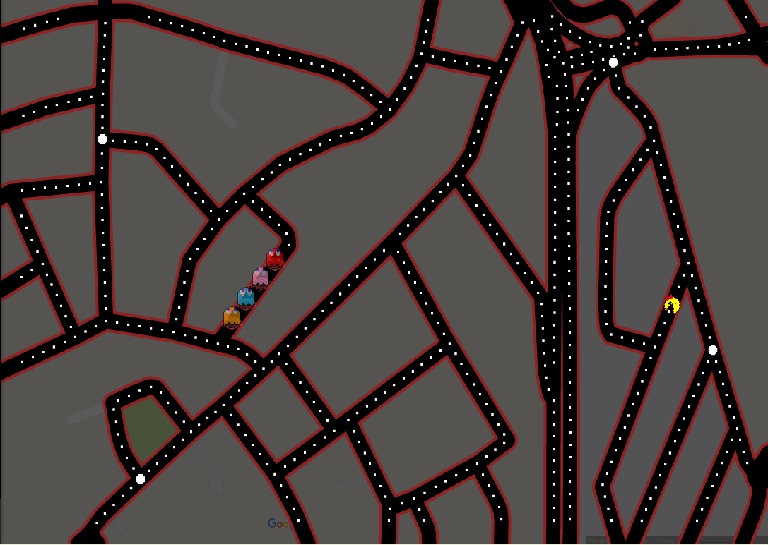 Perhaps you'd like to slightly deviate from Europe? Try playing it in the busy souks of Djema El-Fna in Marrakesh instead! It's just fun seeing Ms.Pac-Man going through the bends and long curved streets. 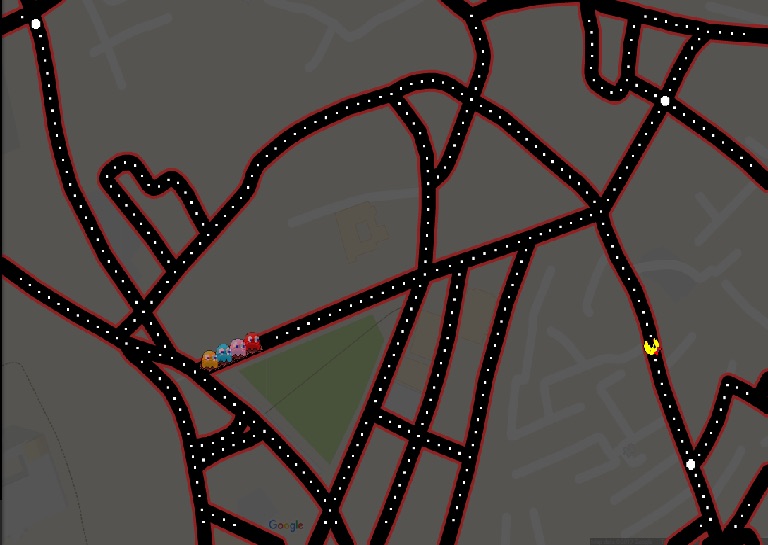 How to turn your gadgets into arcade mode

If you will be playing Ms.Pac-Man using your Google Maps app then it will transform into the arcade game by clicking the pink button on the right-hand side. However, if you're more of a laptop hermit like me then you can also get into the game by opening up your Google Maps browser, type in a city you like then click "insert coin" on the bottom left side of the page.

Android owners will be directed to a random location before starting the game. Meanwhile, iOS users have noted that they are able to select their desired map location.

Perhaps this is Google's way of paying tribute to Masaya Nakamura, the founder of the Japanese video game company Namco which originated this vintage arcade game. Mr. Nakamura passed away earlier this year at the age of 91.