The research examined the neurological potential of music and its ability to engage us.

The reason humans choose to listen to music has been something that has left scientists baffled for years. Since the beginning of time, people have sought out rhythmic patterns as a form of expression, celebration, for religious purposes, or to simply just have fun.

You may have even been part of a garage band growing up. Nevertheless, researchers have yet to find an actual music center in the brain, let alone an evolutionary purpose for listening to music.

However, there is no denying the power of music. Are there even days when you do not listen to music? Music affects multiple facets of our society each day, so it only makes sense that researchers took a deeper look at music and its relationship with us.

The Power of Music

Researchers from The City College of New York and the University of Arkansas decided to gain more footing in the realm of music researching the effects of music on the brain.

Led by Jens Madsen and Lucas Parra from CCNY's Grove School of Engineering the team of researchers wanted to breakdown and measure the neural response of music in a large audience.

What's interesting is that when a group of listeners are all listening to music at the same time, their responses sync with that of other listeners.

This phenomenon takes form while you are at a concert with other fans or are simply at a house party with your friends vibing out to your favorite artist's latest album. 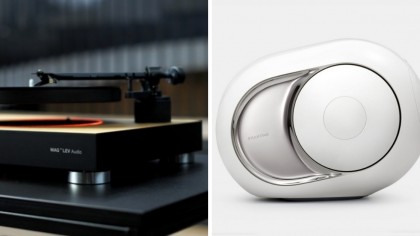 Engineer a Playlist: How and Where to Get Your Music Fix in 2019

Published in the latest issue of Scientific Reports, the study also discusses the correlation between a song's repetitiveness and the engagement of an audience. Researchers pointed out that as repetition in music increases, the listener's engagement decreases. However, this is only true for familiar music pieces.

While unfamiliar music tends to sustain an audience's interest in the long term.

As stated in the study, "Across repeated exposures to instrumental music, inter-subject correlation decreased for music written in a familiar style."

Measuring people's brainwaves and their responses to music can help researchers better understand the effects of music on the mind, and perhaps finally understand why music is important to humanity.

What's on your Sunday playlist today?