Musk has tweeted he has removed all of his official titles related to the electric car company.

CEO of Tesla, Elon Musk says he has dropped all titles associated with the electric car company and is now the ‘nothing of Tesla’ Musk made the claims via twitter yesterday. The deletion of his titles comes in wake of a settlement with the Securities and Exchange Commission.

In the deal, Musk promised to step down as chairman of the company for three years but was able to maintain his position as CEO. The Tesla website backs up Musk’s claims with no titles associated with Musk on the Tesla’s investor relations website.

However, in a follow-up title Musk said he probably need to maintain the title of President to comply with the legal requirement of every firm to have one. In another post Musk also suggested he may keep the title of “product architect.” 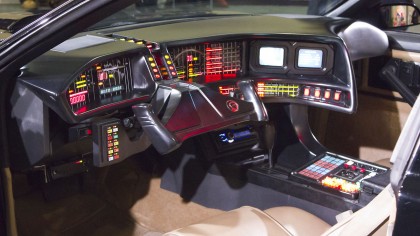 Tesla will now have to choose a new independent chairman, as well as add two new board members, before the end of 2018. Musk kicked off his skirmish with the commission after posting on Twitter that he was considering taking the car company private, that he had the financial support to do so and even went as far as to name a buy out share price.

It emerged later that Musk had met with a Saudi Arabian investment firm and left the meeting with the promise the funding could be secured. The commission ruled that Musks comments on Twitter had been “false and misleading” and demanded Musk pay $20 million in fines in addition to a $20 million to be paid by Tesla.

Critics of Musk questioned whether he had sent the tweet under the influence of drugs. Many pointed to the suggested share price of $420 referenced marijuana.

Rapper Azealia Banks who was at one of Muks properties the weekend after the public Tweet claims Musk appeared stressed and ‘red in the face’ signs she says indicated funding had in fact not been confirmed. The two later had a small war on social media as each tried to defend their accounts of the weekend.

Flamethrower obv best way to light your fireplace/BBQ. No more need to use a dainty “match” to ignite! If no wood, just drop your flamethrower in fire place! It will generate way more warmth than a quaint pile of logs.

Musk is a prolific Twitter user, but this isn’t the first time a comment has been blown up. Last year a joke about Snowballs led to the creation of the Boring Company’s flamethrowers. On a more serious note, earlier this year Musk used to Twitter to make unsubstantiated claims against a British diver involved in the rescue of the Thai soccer team.