An 80 hour work week is required if you want to make a change in the world says Elon Musk.

How many hours of work per week does it take to change the world? That was the question posed to Tesla CEO, Elon Musk today his answer won't’ surprise anyone.

“Varies per person, but about 80 sustained, peaking above 100 at times. Pain level increases exponentially above 80,” the self-confessed workaholic tweeted.

Data scientist Margreth Mpossi asked Musk the question via twitter unleashing a torrent of opinion on what makes the perfect and sustainable work week.

Varies per person, but about 80 sustained, peaking above 100 at times. Pain level increases exponentially above 80.

Most people sided with sensible calling out Musk for setting unrealistic expectations for people.

May also made the point that for many working so much is impossible without a supportive family or a private nanny for children.

Others made the point working 80 hours a week is not a choice but a necessity just to keep food on the table and the bills paid.

For workers in unstable casual work, doing 80 hours a week is essential just to keep their jobs.

80 hour work week unsustainable for most

To get an 80 work week in you have to do 13 hours a day, six days a week. In several interviews, this year Musk has indicated his hectic schedule has come at a great personal cost.

It seems odd then that he is comfortable promoting a schedule that for many is both physically and mentally impossible.

Earlier this year Arianna Huffington, founder of the Huffington Post wrote an open letter to Musk pleading with him to change his work habits.

Huffington Post founder pleads with Musk to slow down

“Dear Elon, please change the way you work to be more in line with the science around how humans are most effective: You need it, Tesla needs it and the world needs it", Huffington wrote.

Huffington's letter came close behind the now infamous interview Musk gave to the New York "the most difficult and painful year".

"It doesn't depend on how many hours you're awake. Tesla — and the world (not to mention you and your beautiful children) — would be better off if you regularly built in time to refuel, recharge and reconnect with your exceptional reserves of creativity and your power to innovate,” Huffington’s letter continued.

Musk hit back at the letter saying, “Ford & Tesla are the only 2 American car companies to avoid bankruptcy. I just got home from the factory. You think this is an option. It is not.” 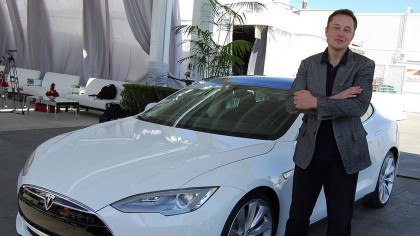 Recent research into productivity has shown that humans don’t necessarily get more down when they have more time. A finance company in New Zealand recently gave its employees the chance to work 4 days a week but be paid for 5.

78% of the employees reported a 24 point increase in feeling they could better manage a work-life balance.

Academics from the Auckland University of Technology monitored the experiment and found that the research subjects performed better in their jobs during the experiment in addition to reporting that they enjoyed them more than before the experiment.