Discovering life forms outside of Earth is most astronomers' coveted discovery moments, that's why back in 2015 when stargazers saw a glimmering star they speculated that it may be due to an alien megastructure. Although the concept is cool, it is definitely a product of wild fiction. And, two years later, this distant star called KIC 8462852 is making headlines again as it starts to flicker once more. 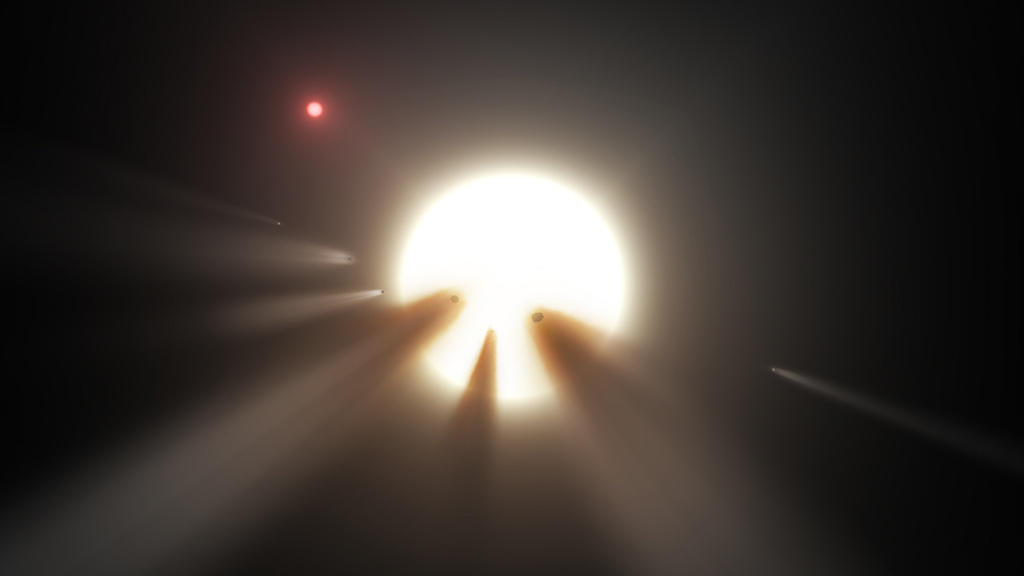 Back in 2015, astronomers were baffled with what is happening around a distant star as something gigantic was seemingly blocking around 20% of its light. Now, this is too big to be a planet and the star is way ancient to have clusters of debris circling around it - typical of younger stars. That's why the last resort, alien intervention, was skeptically considered to try and provide an explanation for this unknown outer space phenomenon. So, what is the hard science behind this whole alien-star mashup?

NASA's Kepler mission discovered this flickering star called KIC 8462852, which is more massive, hotter, and brighter than the Sun. Around 1,500 light-years away, the star is too faint to see with our bare eyes and the Kepler data collected for it is very odd. The star's light tends to dim irregularly by 15% to 22%. These figures immediately suggest that this is not a planet for even a Jupiter-sized planet can only block around 1% of a star's light of this kind. Astronomer Phil Plait wrote about the oddness of this star.

"It turns out there are lots of these dips in the star’s light. Hundreds. And they don’t seem to be periodic at all. They have odd shapes to them, too. A planet blocking a star’s light will have a generally symmetric dip; the light fades a little, remains steady at that level, then goes back up later. The dip at 800 days in the KIC 8462852 data doesn’t do that; it drops slowly, then rises more rapidly. Another one at 1,500 days has a series of blips up and down inside the main dips. There’s also an apparent change in brightness that seems to go up and down roughly every 20 days for weeks, then disappears completely. It’s likely just random transits, but still. It’s bizarre". 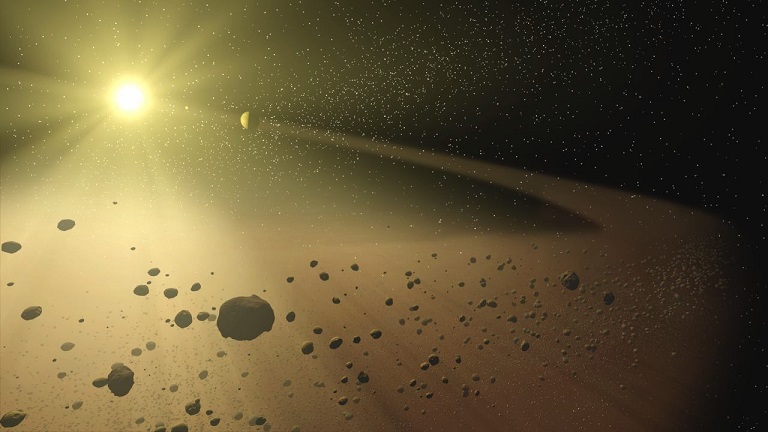 Very recently, the astronomers who were involved in deciphering the star's mysterious behavior found the star to be dimming again.

This is not a drill.

Astro tweeps on telescopes in the next 48 hours: spectra please!

The Fairborn Observatory in Arizona confirmed that the distant star dipped in light by 3% a couple of days ago. This is still much larger compared to the largest known dimming of a Jupiter-sized planet. Not to waste any flickering opportunities, the research team, led by Tabitha Boyajian, has put out a call for other observatories and amateur astronomers to focus their telescopes on the star for data collection. Amongst the voluntaries are the Swift, Keck, Fairborn, and Lick observatories.

The team is particularly interested in looking at the star in various wavelengths. Different materials block some wavelengths but not others and this kind of data would certainly help in determining the circumstellar material that is blocking the light. Jason Wright, an astronomer from Penn State, said that they will start observing the star this weekend and analyses will take up some time to explain what is going on. "I don’t think we’re going to solve the puzzle this weekend", added Wright. But since the star only dimmed again a couple of days ago, this weekend may be their best chance to collect data that would shed light on this cosmic mystery.