A rover has found unusual microbial bacteria under the soil in the Atacama Desert in Chile.

Humans spend a great deal of time and energy thinking and searching for life outside of Earth. We send satellites to look for new planets and shoot bullets into asteroids in our hunt for questions about the origins of life. But knowing where to look might have just got easier thanks to an unexpected discovery in a remote desert in Chile.

In the dry and dusty landscape of Chile's Atacama Desert, an experimental exploratory rover has dug never-before-seen bacteria out of the soil. The discovery gives hopes there could be life on Mars waiting to be found.

"We have shown that a robotic rover can recover subsurface soil in the most Mars-like desert on Earth," said biologist Stephen Pointing of Yale-NUS College, Singapore, in a statement.

“This is important because most scientists agree that any life on Mars would have to occur below the surface to escape the harsh surface conditions where high radiation, low temperature, and lack of water make life unlikely."

Scientists agree that Mars once had water flowing over its surface, these days the red planet is much drier with some patches of ice. But there is a theory that there could still be water under its surface.

If this hypothesis proved correct it could mean life is present too. While we know that water is essential for most forms of life, the new discovery in the Atacama Desert opens the possibilities for life to survive in ultra dry and harsh conditions.

The desert can experience rainfall as little as just every few years, making it one of the driest places on earth. Despite the lack of rain, Zoe the rover was able to find microbial life just under the surface of the soil.

While the conditions on Mars would be even more extreme than the desert, it does open doors to the possibility that microbial life is even more resilient than we previously thought. 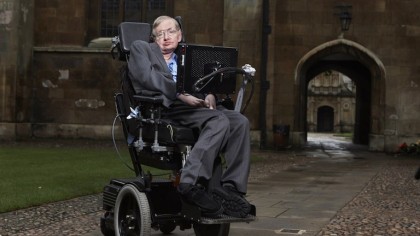 Pointing told ScienceAlert: "We saw that with increasing depth, the bacterial community became dominated by bacteria that can thrive in the extremely salty and alkaline soils. They, in turn, were replaced at depths down to 80 centimeters (2.6 feet) by a single specific group of bacteria that survive by metabolizing methane.”

Despite the good news, the results are still unclear. The research team took over 90 soil samples both via the rover and by hand and found that evidence of the microbial colonization was patchy.

There were many extreme areas with no evidence of the microbes at all. Analysis of the soil containing the microbes shows that it was formed a long time ago when the water content in the desert was higher.

The researchers will now continue their work by digging deeper. The next samples will be taken at two-meter depths. A depth that is now possible by current Martian rovers. The research has been published in  Frontiers in Microbiology.