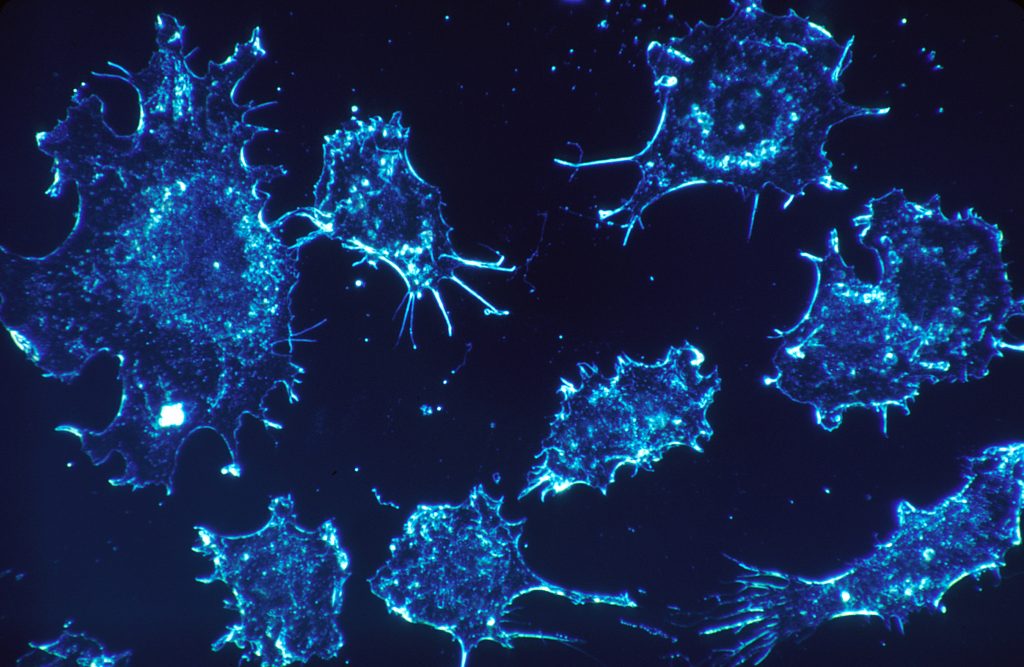 Researchers at Cornell University in New York observed the particles dubbed Cornell dots or C-dots. These ultrasmall, fluorescent silica particles have a diameter of only five nanometers.

Engineering professor Ulrich Wiesner served as one of the lead researchers for the project.

"If you had to design a nanoparticle for killing cancer, this would be exactly the way you would do it," he told Medical News Today. "…The particle is well tolerated in normally healthy tissue, but as soon as you have a tumor, and under very specific conditions, these particles become killers."

The discovery came as a surprise. The particles were intended to target drug delivery and environmental sensing in patients. Their fluorescence makes them easily identifiable to doctors.

Initial work with the particles was done simply to see how much of it could be tolerated. Researchers found that when high doses of C-dots were incubated with cancer cells, the particles got iron from the environment and broke down the cancer cell.

The death process, called ferroptosis, ruptures the cell membrane of the cancer cell.

The team said the particles destroyed the entire cancer cell culture within 48 hours of exposure. The researchers now plan on testing C-dots with other standard cancer treatments.

For the basics on nanoparticles, check out this animated video below: