Researchers at the University of Central Florida developed technology to gather and store solar power into clothing.

The nanotech could allow clothing to become an external, wearable battery pack. The potential uses range from soldiers needing to power comms equipment to teenagers plugging up a smartphone to charge.

The team created copper ribbon filaments with two sides - one side a solar cell, the other energy storage. They then bought a loom to weave the filaments with yarn to lace the wiring together. 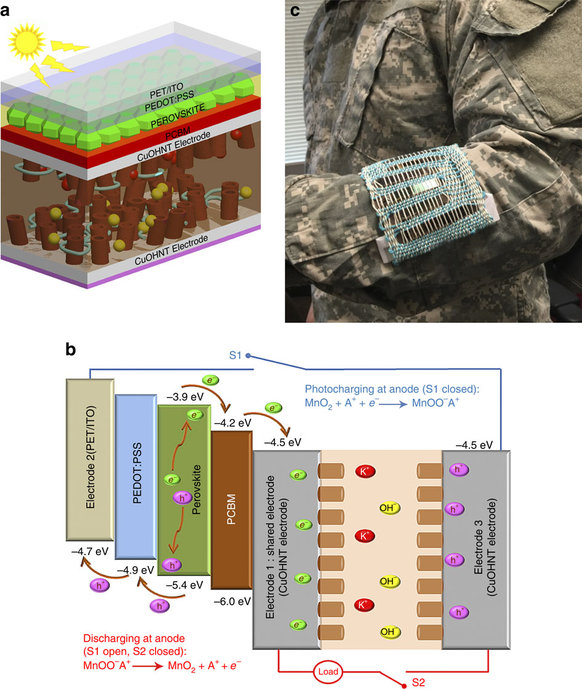 "That movie was the motivation," said associate professor Jayan Thomas, a nanotechnology researcher at UCF. "If you can develop self-charging clothes or textiles, you can realize those cinematic fantasies—that's the cool thing."

The filaments could be woven through various types of material and succeeds in fixing solar's biggest problem: portability. Solar batteries typically have to stay relatively close to the capture location, or they're too bulky to be of much travel use.

The device's "sandwich-type" configuration also allows for better coverage against teh elements.

The team could potential embed the nanotechnology into electric cars or other mobile transport units.

But for now, according to Thomas, having the technology serves the most important piece: proof.

"That's the future. What we've done is demonstrate that it can be made," Thomas said. "It's going to be very useful for the general public and the military and many other applications."

You can read the entire paper published in Nature.