NASA' s new Cold Atom Laboratory is an ice chest-sized box sent to the ISS to create Bose-Einstein condensates in the coldest spot in the universe free of Earth's gravitational pull.

Of the five matter states, the Bose-Einstein condensate has always been the most elusive. Bose-Einstein condensates are clouds of atoms cooled to near absolute zero and, although predicted by Satyendra Nath Bose and Albert Einstein in 1924-25, they were only proven to exist in 1995 in research that was later awarded a Nobel Prize.

Now, researchers at NASA in charge of the Cold Atom Laboratory (CAL) are planning to create these mysterious condensates in space on the International Space Station (ISS). The reason behind this rather strange location for an experiment lies in physics.

Due to Earth’s gravity pull, so far scientists on land have only gotten these tricky condensates to exist for fractions of a second before being disrupted. NASA hopes that the microgravity of the ISS will allow the condensates to last for an impressive 10 seconds.

The Lab is set to provide scientists with 6.5 hours per day of research time and will be operated remotely by physicists on Earth. The facility is also designed for use by several scientific investigators and can be upgraded and maintained while in orbit.

CAL was developed by NASA's Jet Propulsion Laboratory in Pasadena, California on behalf of NASA’s Space Life and Physical Sciences Research and Applications (SLPSRA) Division, in the Human Exploration and Operations Mission Directorate. The Lab consists of an ice chest-sized box equipped with lasers, a vacuum chamber and an electromagnetic "knife."

According to its mission overview, CAL's aim is to "enable research in a temperature regime and force free environment that is inaccessible to terrestrial laboratories." NASA's Physical Science Research Program is currently funding seven proposals to conduct physics research in CAL.

NASA believes that these experiments could lead to improved technologies such as sensors and quantum computers. Most importantly, the research can lead to applications related to the detection of dark energy, currently estimated to comprise 68% of the universe.

"Studying these hyper-cold atoms could reshape our understanding of matter and the fundamental nature of gravity."

"Studying these hyper-cold atoms could reshape our understanding of matter and the fundamental nature of gravity," said CAL Project Scientist Robert Thompson in a statement. "The experiments we'll do with the Cold Atom Lab will give us insight into gravity and dark energy -- some of the most pervasive forces in the universe."

CAL deputy project manager Kamal Oudrhiri explained that even with all of today's advanced technologies its is possible that we are "blind to 95% of the universe" due to our lack of knowledge in dark energy. "Like a new lens in Galileo's first telescope, the ultra-sensitive cold atoms in the Cold Atom Lab have the potential to unlock many mysteries beyond the frontiers of known physics," Oudrhiri added. 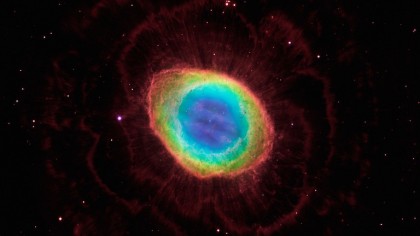 CAL launched aboard a Cygnus spacecraft to the ISS on Monday May 21. The Lab will operate on the station for a period of three years that could be extended depending on outcomes.

NASA's researchers have very high hopes for future applications resulting from CAL. “CAL will be a pathfinder for many future space-based cold atom and laser cooling experiments and technology. It could open the door to a new quantum world,” said Anita Sengupta of JPL, Cold Atom Lab project manager.

300-Meter Nuclear Megayacht Project Aims to Save the Earth