The Federal Aviation Administration (FAA) believes that by 2022 there will be over 700,000 drones delivering packages, monitoring traffic, and aiding in search-and-rescue operations. 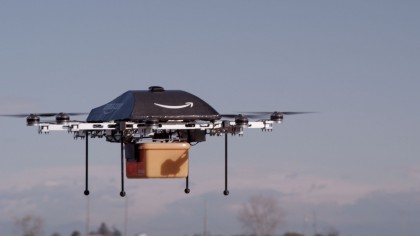 NASA’s CERTAIN supports, among other programs, Urban Air Mobility (UAM), an air transportation system with applications ranging from small package delivery drones to passenger-carrying air taxis such as the world’s first air taxi developed by EHang in partnership with Huawei.

The EHang 184 is an unmanned aerial vehicle (UAV) that can carry a single person at a speed of up to 130 Km/h. It has been developed as an air taxi for a single passenger. The passenger selects the destination and the electric drone flies autonomously. The EHang 184 can also be used for search-and-rescue missions.

NextNav’s MBS system facilitates urban drone operations, such as the the future operations of EHang, for instance, and the need to reliably know a drone’s location horizontally and vertically, which is critical to ensure safe operations in urban air traffic corridors.

“NextNav’s MBS system provides us with new tools for the development of navigation systems in environments where GPS has traditionally been challenged,” says NASA’s Evan Dill, Safety-Critical Avionics Systems Branch. “We’re looking forward to working with MBS as we develop new approaches to the operation of unmanned systems in urban environments.”


NextNav’s wide-area terrestrial positioning network ensures accurate and secure location services, which is critical for unmanned aircraft navigation. In addition, MBS complements and integrates seamlessly with GPS providing a level of geo-redundancy that ensures a safe and efficient system for future air transportation in cities and urban areas.


“We are proud to work with NASA and integrate MBS into its urban drone operations,” says Ganesh Pattabiraman, co-founder and CEO of NextNav. “The MBS system is designed for secure, reliable, and consistent 3D Geolocation capabilities which are important for autonomous systems such as drones. NASA’s acquisition of the MBS system is an exciting milestone for MBS technology and a great partnership with NASA to address the key challenges in urban drone navigation and makes it possible to explore new opportunities in unmanned operations.”

NextNav's services are delivered over a managed network on a nationwide licensed spectrum with carrier-grade dependability and metropolitan-wide coverage.

The services are designed for public safety applications, E911, critical infrastructure, as well as consumer, IoT, and commercial applications that require reliable 3D geolocation indoors and in urban areas.