NASA and Russia are collaborating on a space exploration project that involves building a space station that will orbit the moon.

NASA and Russia’s space agency Roscosmos have signed a joint statement expressing their intent to collaborate on the development of a space station.

Specifically, a station that will be further from Earth and orbit the moon as a stopping point for lunar surface exploration and deeper space research.

“While the deep space gateway is still in concept formulation, NASA is pleased to see growing international interest in moving into cislunar space as the next step for advancing human space exploration,” Robert Lightfoot, NASA’s acting administrator at NASA Headquarters in Washington said in a NASA press release announcing the news. “Statements such as this one signed with Roscosmos show the gateway concept as an enabler to the kind of exploration architecture that is affordable and sustainable.”

The plan is to explore deep space near the moon and will begin with the first integrated mission of the SLS rocket (Space Launch System) and Orion spacecraft. Then, NASA aims to launch one flight per year after the second mission which contains a set of integrated human exploration objectives that will merge the International Space Station, SLS, Orion and others needed to support human-backed missions to deep space.

“NASA is working with domestic and international partners to solve the great challenges of deep space exploration. Missions in the vicinity of the moon will span multiple phases as part of NASA’s framework to build a flexible, reusable and sustainable infrastructure that will last multiple decades and support missions of increasing complexity," read the statement on their website.

Much like the ISS, the action of once again unifying nations towards the goal of exploring the final frontier seems like a good idea, but opinions are emerging that lean towards the contrary. 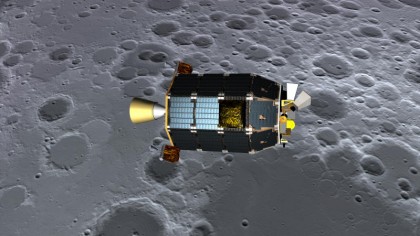 NASA Going Back to the Moon

“It’s critical to ask whether building another space station, one that costs ten times as much as the ISS to service and supply and comes with a significant decrease in crew mission duration, would really be a stepping stone", writes Terry Virts in an Op-ed for Ars Technica.

Though, it is important to note that space exploration is one of few topics that promote cooperation between Russia and the USA.

This effort is a part of NASA’s “deep space gateway” concept which is broken into two phases. The overall aim is to get further from Earth than ever attempted before, to aid NASA is developing new techniques and approaches to prepare for longer missions far from Earth, such as a trip Mars.

The first phase involves building a crew-tended spaceport in lunar orbit which will serve as a gateway to deeper space and the lunar surface. This gateway will have a power bus, a small habitat, docking capability, an airlock and will be serviced by logistics modules for research.