NASA Astronaut Candidate Quits Training for the First Time Since 1968

Robb Kulin has resigned from the NASA astronaut training program before qualifying for space duty. 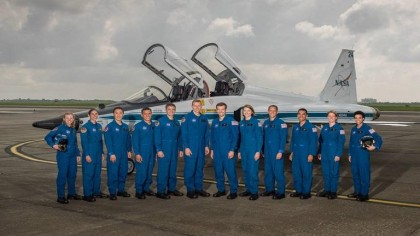 Kulin reportedly left a job with SpaceX last year to take up a position in the program. There were more than 18,300 applicants for the NASA program in 2017 all competing for just 12 spots in the astronaut class.

Originally from Alaska, Kulin studied in California, graduating with a doctorate in engineering from the University of California-San Diego in 2010. He began working for SpaceX in 2011 on the team tasked with the upgrade of the Falcon 9.

"My whole goal coming out of that, and I would say the team’s whole goal, was to make sure that the Falcon 9 was as reliable and successful as possible for SpaceX’s commercial partners but also, of course very importantly, for the crew that will fly on that vehicle," he said last year, according to USA Today.

"It’s something just that helped us grow stronger and me grow stronger as an engineer." In addition to his love of space, Kulin has worked as a commercial fisherman in Alaska and worked with teams doing ice drills in Antarctica researching the effects of climate change.

Kulin has yet to make a public statement about his resignation. He is the first astronaut candidate to quit before qualifying for space flight.

The last to do so happened in the 1967 class when two candidates resigned. Brian O’Leary resigned in April 1968 due to the lack of spaceflight prospects and John Llewellyn resigned a few months later, in August 1968, after failing to make progress piloting jets.

Both men are now deceased. Kulin has previously given several interviews about his motivations for heading to space.

Resigning space fan says he was late to catch the bug

He admitted he was late to catch the space bug, but did so after surprisingly studying the Columbia Shuttle disaster at university. He has told the University of Denver Magazine in July 2017 that he passionately believes in humans role in space exploration.

"Exploration “continually pushes humanity to learn, adapt and improve — and with our increased perspective on the fragility of planet Earth, it is important we start pushing beyond,” he said. “I figured that even if I never fly in space, I would like to be part of making space exploration possible.”