A NASA study reveals evidence that credence helped the theory that life was formed thanks to asteroids.

Researchers at the center, located in California's Silicon Valley, believe that their new findings suggest that credence is part of this theory. The report says the ingredients that were needed to form life could have very well come from asteroids.

While experimenting in a lab, the researchers made a mock-space environment. From there, they took a part of an aluminum substrate and placed it into a freezer until it almost reached a temperature of absolute zero. In order to make it like the conditions in space, they put it into a vacuum chamber. 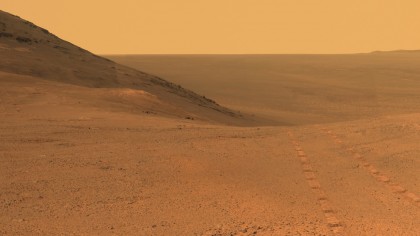 With the help of a UV light sample, the NASA team simulated radiation, similar to that of stars. They also created a mix of water and methanol gas, which is like the matter and radiation combination that lies in the space between the galaxy's star systems.

"For more than two decades we've asked ourselves if the chemistry we find in space can make the kinds of compounds essential to life," Scott Sandford, a senior scientist in the Ames astrochemistry lab, said. "So far, we haven't picked a single broad set of molecules that can't be produced."

How did they figure it out?

Ice layered onto the test sample. However, the UV light they used melted it. There were, though, some sugars that developed on it. The molecules are believed to be quite similar to the ones that helped create life.

The scientists revealed their discovery in Nature Communications, one of the largest journals for natural sciences.

The sugar was likely a key component when asteroids smashed into the Earth, providing a key ingredient for the creation of life.