NASA is moving forward with their plans to create a super-quiet supersonic jet. The agency announced last year it was working on the design of the aircraft with Lockheed Martin. In June the collaborative team did wind tunnel testing of its initial demo version and the agency is now ready to accept bids for building a larger ‘real-world’ version.

Supersonic travel has not really been possible in the early 70’s when aircraft speed limit was restricted to under 660 miles per hour. At this speed, a typical-size plane traveling at 30,000 feet breaks the sound barrier and creates a 30-mile-wide, continuous sonic boom. 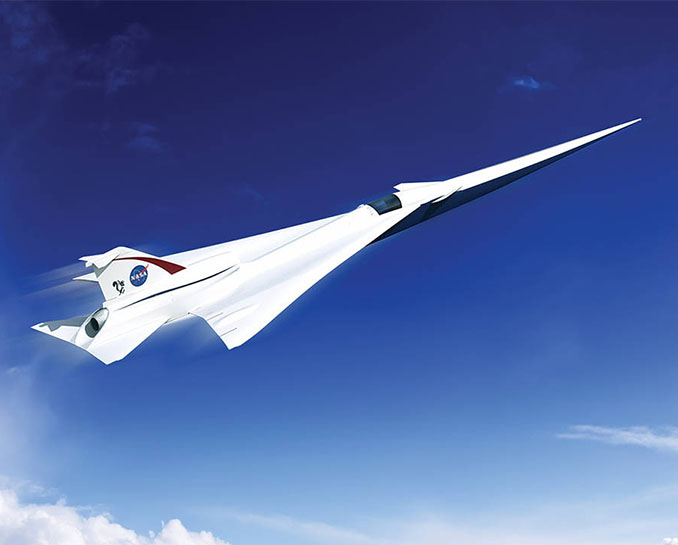 The idea of the new supersonic jet design is to reduce this boom to more of a hum. According to Lockheed Martin, co-designer of the aircraft this hum should be akin to the sound inside of a luxury car on a highway. The reduction in noise means the plane can fly almost anywhere. The infamous Concorde was limited to overseas flights due to its 90 dBa sound level.

The quiet plane will fly up to 55,000 feet at supersonic speeds. The new prototype will run on two engines and in theory, it could cut the flight time from New York to Los Angeles in half from 6 to 3 hours. 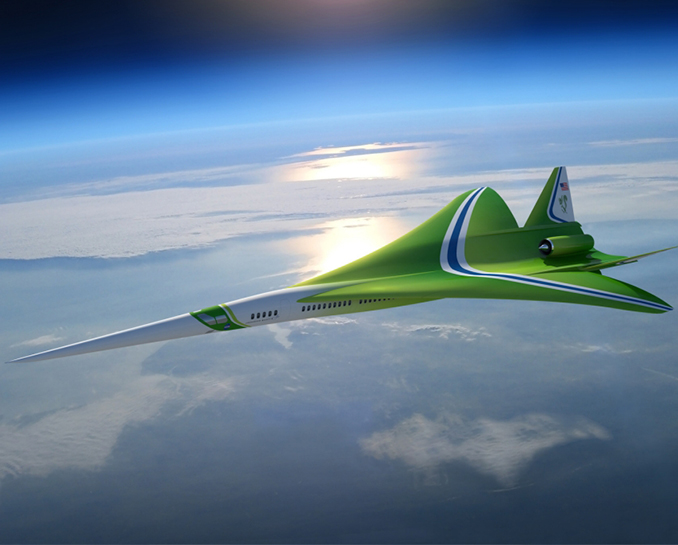 To get the demo plane up and testing will cost NASA $390 million USD over the next five years. The first year of the funding was included in The Republican administration's 2018 budget draft.

While NASA doesn't have plans to start offering passenger flights, they will share the design for the plane with other US based aircraft fabricators. Which may mean the technology will be available for commercial use. Peter Coen, project manager for NASA’s commercial supersonic research team. Says of the plans to open source the design, “That’s going to make it possible for companies to offer competitive products in the future.”

It is expected start-ups such as Boom Technology and billionaire Robert Bass’s Aerion will be quick to jump on the opportunity.

NASA collaborated with Lockheed Martin to experiment using super computer modeling to map how the aircraft shape affects the supersonic shock waves it creates. The final design stops the sounds waves from the jet from merging the shape and pattern that creates the glass shattering sonic boom. The waves instead are kept dispersed which results in a more palatable hum sounds.

The sound has always been one of the major obstacles to supersonic travel. Other problems include high carbon emissions and airport noise. General Electric is working on other ways to dampen engine sound and NASA has funded an MIT study that will investigate ways to reduce carbon emissions from these high-performance aircraft.

The final hurdle might be Washington itself. The legislation that banned the Concorde will require some untangling or complete dissolution to enable the new jet design to fly in US airspace. To get this ball rolling NASA has six test flights planned to fly over populated areas beginning in 2022. If these go well, the problems with the laws may be less of a hurdle.