NASA Cancels All-Female Spacewalk Due to Lack of Spacesuits

There aren't enough medium sized suits to go around.

The two astronauts were due to leave the ISS to install new batteries on the outside of the station.

In a press release on Monday, the space agency said that McCain “learned during her first spacewalk that a medium-size hard upper torso – essentially the shirt of the spacesuit – fits her best.” There is only one medium top that can be made ready in time for the next spacewalk on Friday, the agency said, and it will go to Koch.

Fitting spacesuits is slightly more complicated than it would seem because the human body grows taller in microgravity. Astronauts go through several fittings when preparing for spacewalks to allow for this. Earlier this month, McClain tweeted that she had already grown 5 centimeters since being in space. It is unclear exactly why there is a lack of appropriate-sized suits on board the ISS at this time.

Some more shots of the #spacewalk on Friday – was privileged to work with my friend and colleague @NASA_Astronauts @AstroHague pic.twitter.com/KueUo7HXFm

Koch and Hague will now complete the next spacewalk on Friday, March 29. During the excursion, they will continue work started by McCain and Hague to install powerful lithium-ion batteries for one pair of the station’s solar arrays.

McCain was the 13th women in Space history to complete a spacewalk and Koch will become the 14th. NASA says McCain is “tentatively scheduled” to perform her next one on 8 April with astronaut David Saint-Jacques.

The plan is for the pair to lay out jumper cables between the Unity module and the S0 truss, at the midpoint of the station’s backbone, during their April 8 spacewalk.

This mission will see the establishment of a redundant path of power to the Canadian-built robotic arm, known as Canadarm2. Cables will also be installed that will provide more expansive wireless communications coverage outside the orbital complex.

McCain and Koch have a long history together. The two astronauts were part of NASA’s astronaut class of 2013, the first in NASA’s history to have an equal number of men and women. 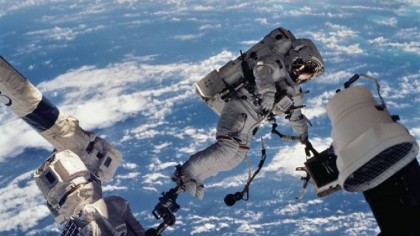 The spacewalk wasn’t just historical for the women up in space, the support staff for the mission was also scheduled to be mainly women. Jackie Kagey was to serve as the lead EVA flight controller, while lead flight director Mary Lawrence and Kristen Facciol would have provided support on the ground.

Cosmonaut Svetlana Savitskaya became the for women to walk in space in 1984 when she worked outside the Salyut 7 space station. Soon after NASA astronaut Kathryn Dwyer Sullivan took the title as the first American women to undertake an extra-vehicular task during Space Shuttle Challenger mission.

In the entire history of space exploration, less than 11% of the more than 500 people who have been to space have been female. Spacewalks on other missions have always been either all-male or male-female.

In the last six decades of spaceflight, there have only been four times when missions included two female members trained for spacewalks.

Women May Be Better Suited for Spaceflight, According to Scientists

SpaceX, NASA Abort Demo-2 Due to Inclement Weather, Next Attempt May 30