After thirteen years of surveying Saturn, NASA's Cassini spacecraft approaches its final ventures around the planet. The Cassini mission is one of the most scientifically rich voyages that has been conducted in our solar system and for the spacecraft's grand finale, it will dazzlingly plunge into Saturn's atmosphere where it will crash and become a part of the planet. 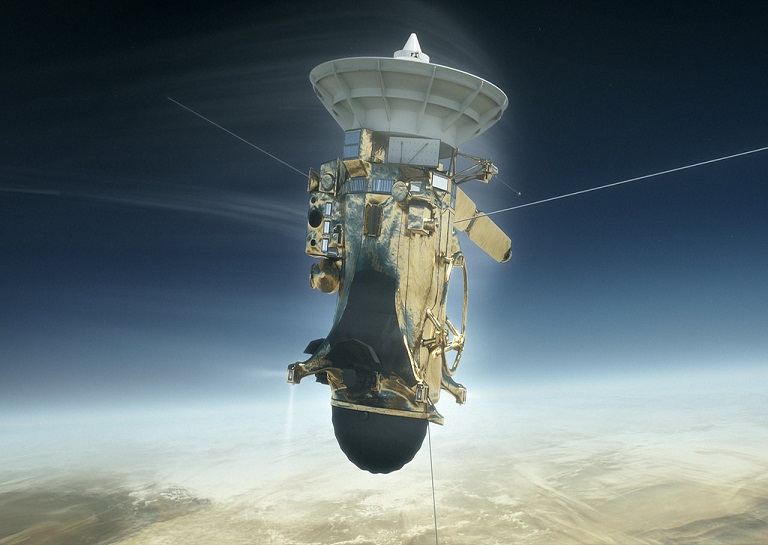 On October 15, 1997, NASA has launched the Cassini orbiter and the ESA (European Space Agency) Huygens probe on a seven-year journey from the Cape Canaveral Launch Complex in Florida to the orbital plane of Saturn. The Huygens probe detached from the Cassini orbiter, seven years later, to make its own journey to one of Saturn's moon known as Titan. Along with NASA and ESA, the Italian Space Agency (ASI) is also a part of the Cassini-Huygens mission. Since its remarkable arrival on Saturn's orbital plane, the Cassini spacecraft and Huygens probe has made ground-breaking discoveries and has transmitted countless images of what life is like on Saturn and its moons. 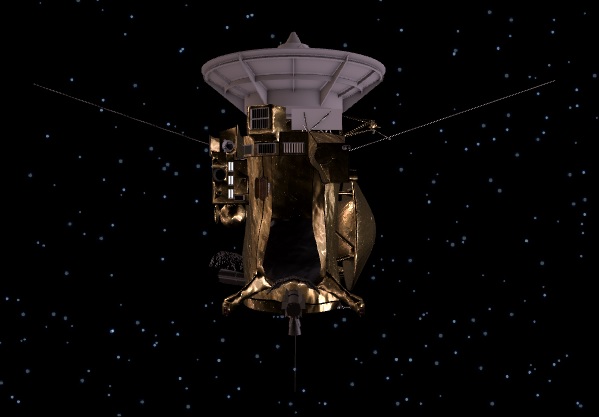 Take a look at this spectacular hurricane that occurred on Saturn's north pole captured by Cassini's narrow-angle camera. The image was taken using a combination of spectral filters sensitive to wavelengths of near-infrared light. The hurricane closely resembles those that occurs on Earth where an eye with no clouds or very low clouds are observed. High-density clouds form an eye wall, other high clouds circle around the eye, and a counter-clockwise rotation takes place in the northern hemisphere. At an extreme speed, the outer clouds travel at 540 km/h while the hurricane's eye incredibly spans at around 2000 km. 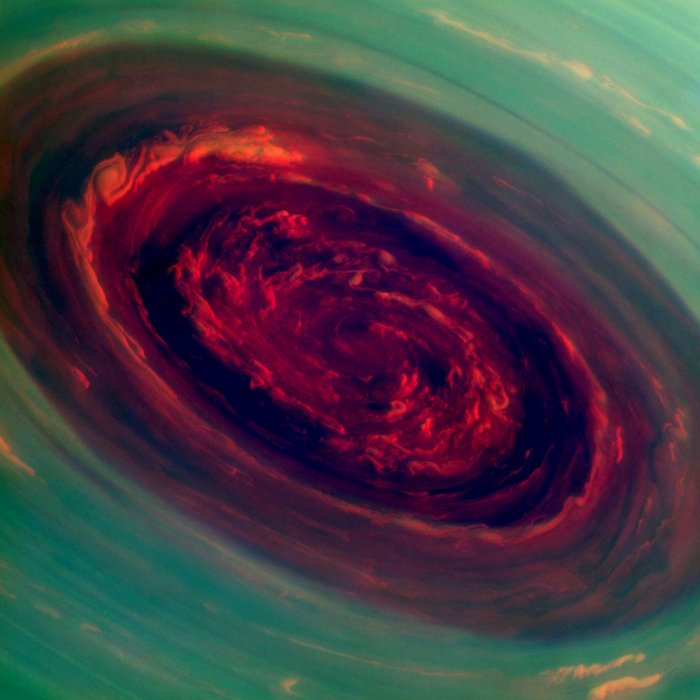 Cassini's radar managed to detect a few dozen lakes that exist on Titan's surface, ranging from 0.6 miles wide to around 20 miles in width. These lakes consist of methane and ethane liquids replenished by rain from hydrocarbon clouds. 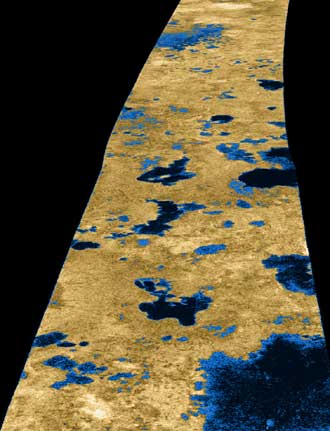 Aurora borealis or northern lights already look incredible when they happen in the Earth's atmosphere. But did you know that this spectacular phenomenon of burning cosmic dust also occurs in Saturn? This image of an aurora borealis happening at the north pole of Saturn looks amazing with the use of contrasting wavelengths of infrared lights. 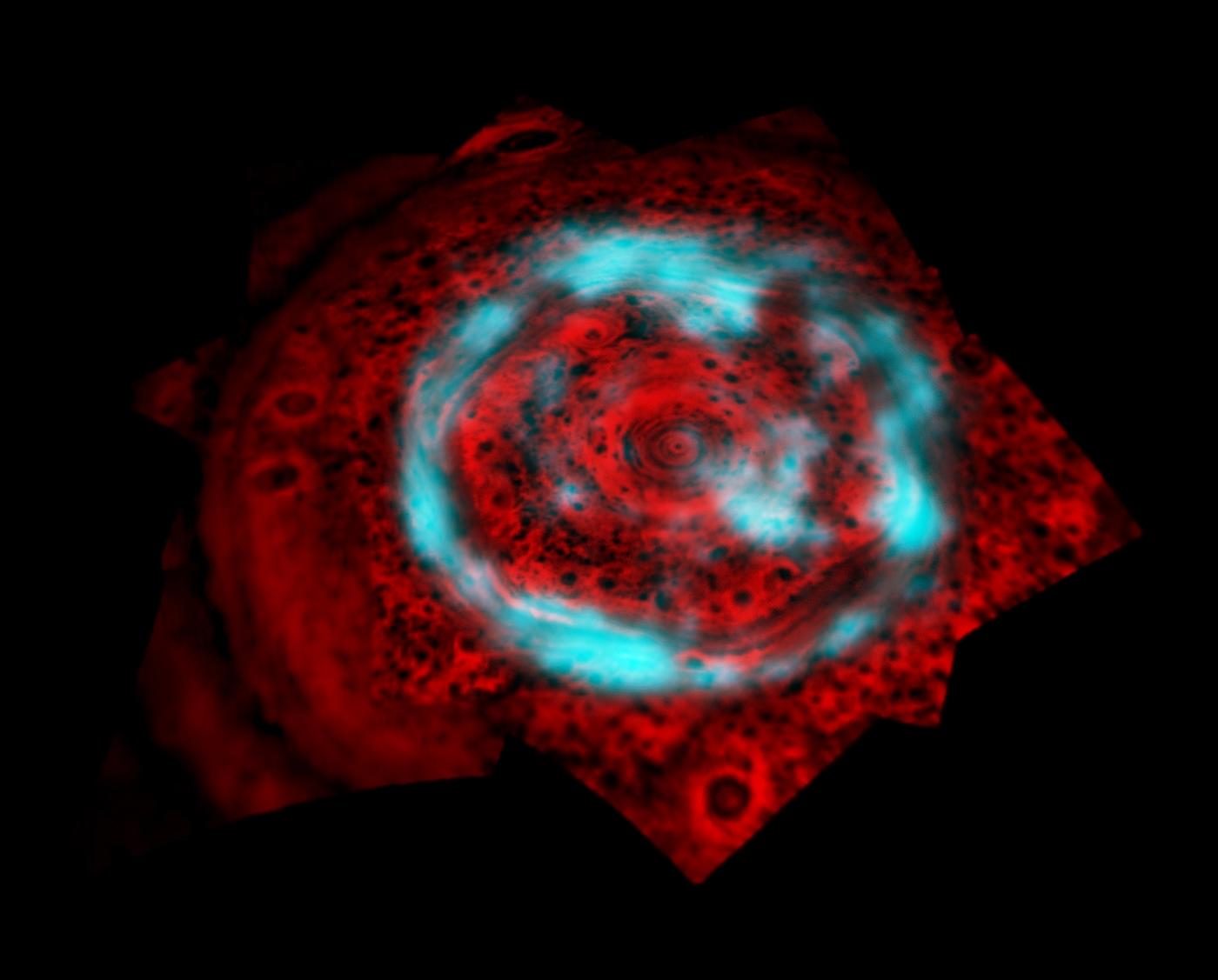 One of the most mysterious features of Saturn is its rings. In this image captured by Cassini and processed by scientists in ultraviolet, a detailed profile of Saturn's A ring is rendered from the inside (left) to the outside (right). 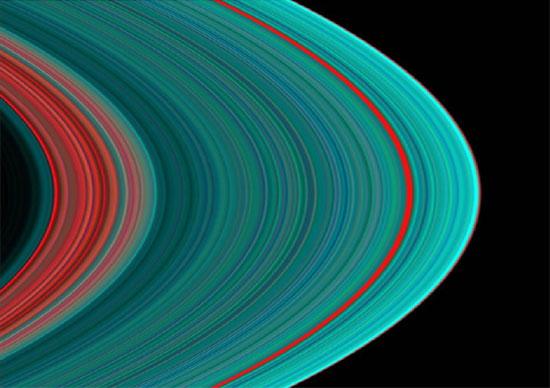 Head over to the NASA Jet Propulsion Laboratory's Cassini Hall of Fame to see more of the spacecraft's incredible discoveries.

Through the Cassini-Huygens mission, we were able to discover that Saturn's largest moon Titan had one of the most Earth-like environment compared to other worlds that were explored before. This has given planetary scientists a deeper knowledge of weather, climate, and geology that helps us, earthlings, to understand our planet's own behavior.

Essentially, Cassini has served as a time machine for scientists. It was able to show us important physical processes that molded our solar system through time as well as planetary systems around other stars.

The mission has helped us understand more about the complex nature of Saturn's rings and the extreme processes happening within it.

The Huygens probe also made a significant contribution by providing a good profile of Titan. High-resolution images were transmitted back by the probe and showed us mountainous terrains on Titan that closely resembled that of Earth. 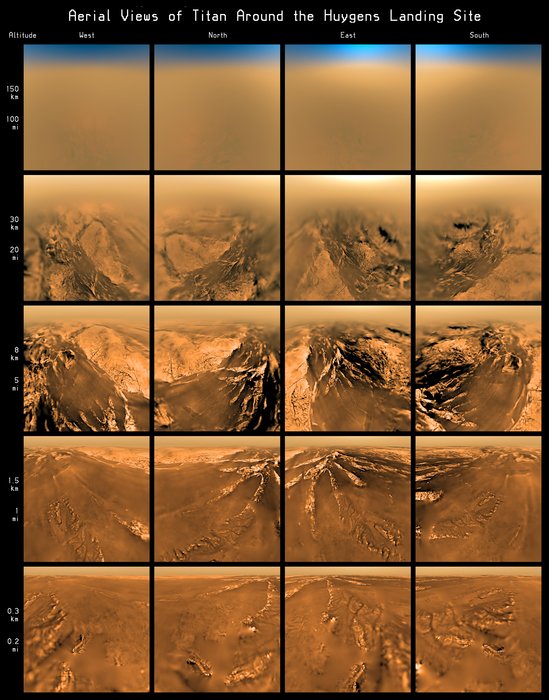 Through the meaningful orbit of Cassini around Saturn and the successful landing of Huygens probe in Titan, the overall mission has given us, earthlings, a more profound sense of our existence and our place in the vast arena of the cosmos.

During the next five months, until September 15, 2017, Cassini will be conducting a series of 22 weekly dives between Saturn and its icy rings. It will repeatedly soar up to the planet's north pole then plunge itself between the celestial body and the innermost edge of its amazing rings. These daring dives will be conducted after the spacecraft's last flyby of the moon Titan. Pictured below is an artist's render of Cassini's last 22 dives. 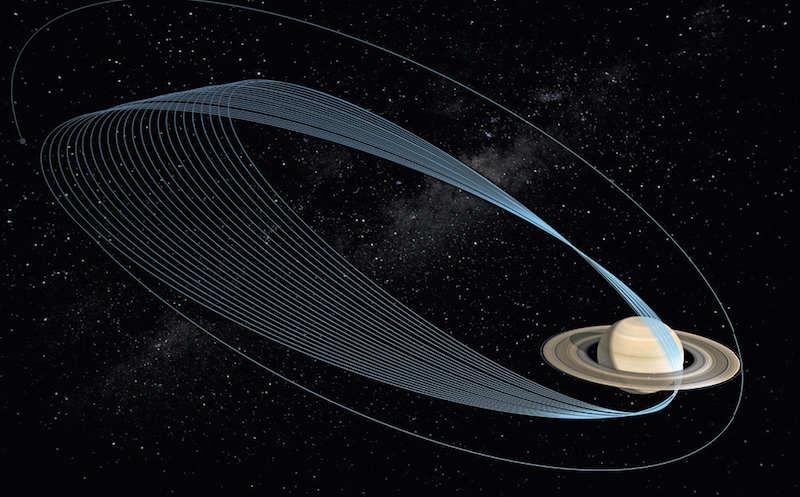 Here are some of Cassini's last mission checklist in order to give Saturn a better profile.

-The spacecraft will attempt to make a high profile map of Saturn's gravity and magnetic fields which will reveal the planet's internal arrangement and perhaps shed some light as to why Saturn is rotating really fast.

-Knowing and understanding the elemental composition of Saturn's rings is one of the many purposes of the 22 dives. This will enable scientists to document the origin of the icy rings.

-Cassini will also sample the rings' icy particle, that are directed towards Saturn's atmosphere because of the planet's magnetic field, using its particle detectors.

-Perhaps one of the most revelating moments of Cassini's last mission is to beam back to Earth high-definition images of Saturn's rings and clouds. A sweet challenge for the spacecraft's camera.

All good things must come to an end. The meaningful orbit and service of Cassini around Saturn must be put to an end as the spacecraft is running low on rocket fuel. Once its rocket fuel completely drains off, it will be impossible for operators on Earth to navigate the spacecraft's course. There is a good chance that Cassini will collide with one of Saturn's moons (Enceladus or Titan) and therefore, the American space agency has decided to safely plunge the spacecraft in the atmosphere of Saturn. The spacecraft will burn like a meteor upon its descent on the ring planet's atmosphere but will continue to transmit new and unique scientific information until it loses contact with Earth. Putting an end to the Cassini spacecraft will ensure that Saturn's moons will be safe from any sort of destruction and retain their 'habitable' environment for future studies.