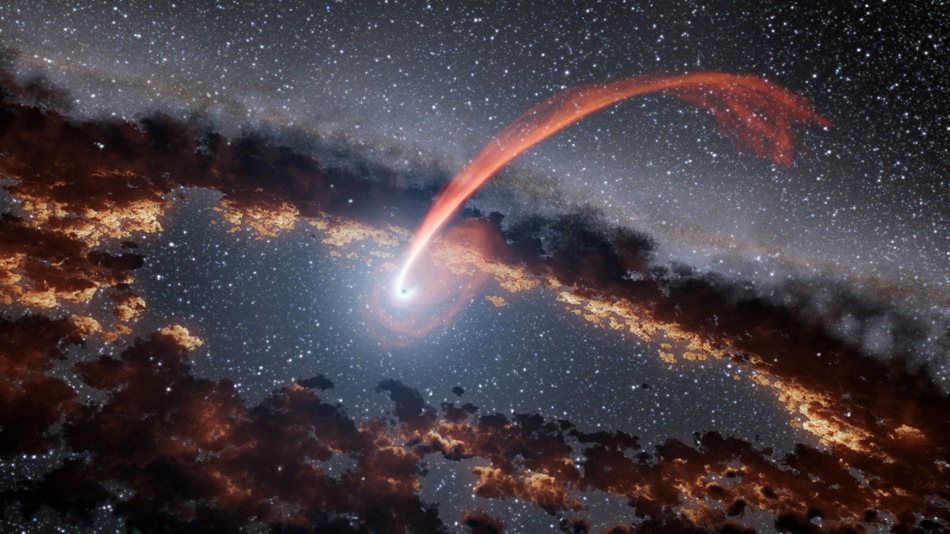 Moral of this story: don't ever get too close to a black hole. According to recent discoveries, it's everything science fiction warned us about.

NASA released new photos of a black hole swallowing up a star. This consumption is dubbed "stellar tidal disruptions," NASA said. The event leads to a huge amount of energy and high-energy radiation.

"When a star passes within a certain distance of a black hole, the stellar material gets stretched and compressed - or "spaghettified" - as the black hole swallows it," NASA's Elizabeth Landau explained.

This event had previously been largely theoretical. As a result, researchers struggled to capture proof for these moments.

"This is the first time we have clearly seen the infrared light echoes from multiple tidal disruption events," said Sjoert van Velzen, postdoctoral fellow at Johns Hopkins University, Baltimore, and lead author of the study about these instances.

How Researchers Saw the Previously Unseen

The high-energy radiation destroys most of its surroundings. Farther away from the center of the action, the dust gets heated. The heat emits infrared radiation that could be picked up by telescopes. Astronomers used "photo-reverberation" to measure the delay between the initial light flare and the radiation from dust particles. Then, they use the time delay to determine the distance between the black hole and the dust.

"Our study confirms that the dust is there, and that we can use it to determine how much energy was generated in the destruction of the star," said Varoujan Gorjian, an astronomer at NASA's Jet Propulsion Laboratory, Pasadena, California, and co-author of the paper led by van Velzen.

By judging that distance and the energy generated, astronomers can estimate the black hole's location. van Velzen noted it was quite a spectacular thing to see.

SEE ALSO: Black Holes May Just be Giant Illusions According to New Research