The NuSTAR mission has proven that the Superstar Eta Carinae shoots cosmic rays to Earth.

NASA has confirmed that superstar Eta Carinae is shooting cosmic rays down to earth. The Nuclear Spectroscopic Telescope Array (NuSTAR) mission has clearly identified that some of the cosmic rays that hit Earth from space originate on Eta Carinae.

Eta Carinae is the most luminous and massive star system within 10,000 light-years away from Earth. It is accelerating particles to high energies and some of those particles are heading to Earth in the form of cosmic rays.

Cosmic Rays difficult to track due to magnetic forces

It is difficult to track the origin of cosmic rays because their electrons, protons, and atomic nuclei swerve from their initial course when they collide with magnetic fields. “We know the blast waves of exploded stars can accelerate cosmic ray particles to speeds comparable to that of light, an incredible energy boost,” said Kenji Hamaguchi, an astrophysicist at NASA’s Goddard Space Flight Center in Greenbelt, Maryland, and the lead author of the study.

“Similar processes must occur in other extreme environments. Our analysis indicates Eta Carinae is one of them.” NuSTAR was launched in 2012 and can focus X-rays of much greater energy than any previous telescope.

To make the conclusions about the origin of the cosmic energy NASA scientists examined observations from the satellite that were captured between March 2014 and June 2016, alongside lower-energy X-ray observations from the European Space Agency’s XMM-Newton satellite over the same period. They found that previously undetectable X-rays were coming from shock waves produced by colliding winds.

When these were compared to the gamma rays previously detected by the Fermi telescope, astronomers observed that the X-rays seemed to be coming from the same source. The team published their findings about Eta Carinae in Nature Astronomy.

“We’ve known for some time that the region around Eta Carinae is the source of energetic emission in high-energy X-rays and gamma rays”, said Fiona Harrison, the principal investigator of NuSTAR and a professor of astronomy at Caltech in Pasadena, California. “But until NuSTAR was able to pinpoint the radiation, show it comes from the binary and study its properties in detail, the origin was mysterious.” 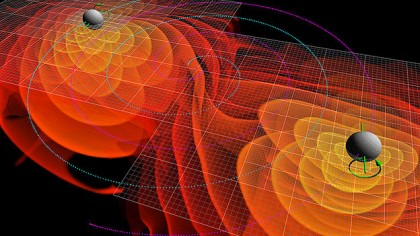 The NuSTAR telescope has assisted in other major scientific breakthroughs such as measuring for the first time the rapidly varying temperatures in hot gas emanating from around a black hole.

"We know that supermassive black holes affect the environment of their host galaxies, and powerful winds arising from near the black hole may be one means for them to do so," says NuSTAR Principal Investigator Fiona Harrison, professor at Caltech in Pasadena. "The rapid variability, observed for the first time, is providing clues as to how these winds form and how much energy they may carry out into the galaxy."