NASA has demonstrated technology that allows for fully autonomous X-ray navigation in space. The world first system has the potential to be used to navigate robotic spacecraft into deep space. The team of NASA engineers who carried out the demonstration is called Station Explorer for X-ray Timing and Navigation Technology, or SEXTANT. They showed that ‘millisecond pulsars could be used to accurately determine the location of an object moving at thousands of miles per hour in space.’ The system works in a similar way to how the Global Positioning System, or GPS works to provide a position to users on earth by coordinating information between a constellation of 24 operating satellites. “This demonstration is a breakthrough for future deep space exploration,” said SEXTANT Project Manager Jason Mitchell, an aerospace technologist at NASA’s Goddard Space Flight Center in Greenbelt, Maryland. “As the first to demonstrate X-ray navigation fully autonomously and in real-time in space, we are now leading the way.”

The development of the new system opens doors for deep space navigation that would combine this new X-ray navigation technology with existing spacecraft-based radio and optical systems. The system does require further development to get it to a level of practical use for deep-space spacecraft. But the demonstration of the technology shows potential for spacecraft to autonomously determine their locations without relying on Earth-based global navigation. Pulsars are available in every known flight regime. The demonstration by the SEXTANT team was funded under NASA's Game Changing Development Program. The engineers used the 52 X-ray telescopes and silicon-drift detectors that make-up NASA’s Neutron star Interior Composition Explorer, or NICER to create the new navigation method. NICER was deployed as an external attached payload on the International Space Station in June. “We’re doing very cool science and using the space station as a platform to execute that science, which in turn enables X-ray navigation,” said Goddard’s Keith Gendreau, the principal investigator for NICER. “The technology will help humanity navigate and explore the galaxy.”

The NICER is a washing machine-sized observatory that has been used in a variety of projects since its deployment on the ISS in June last year.

It is currently part of a study of neutron stars and their rapidly pulsating cohort, called pulsars. It is possible to observe these pulsars across the electromagnetic spectrum but NASA engineers examining them through the X-ray band provides the greatest insights. The neutrons are so dense that any further compression would collapse them into black holes. 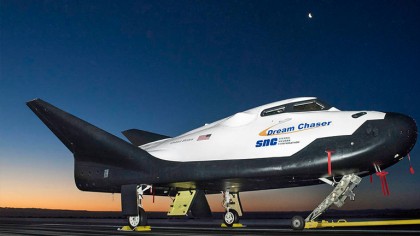 NICER studies all types of neutron stars but the SEXTANT project is focussed on the observation of pulsars. The pulsars are observed as flashes of light and are emitted in highly predictable patterns. Following the successful demonstration of the system on November 11, 2017, the SEXTANT team will now focus on fine-tuning the science for use as a regular navigation system for spacecraft. “This successful demonstration firmly establishes the viability of X-ray pulsar navigation as a new autonomous navigation capability. We have shown that a mature version of this technology could enhance deep-space exploration anywhere within the solar system and beyond,” Mitchell said. “It is an awesome technology first.”