A team with NASA discovered that an exoplanet once thought to be similar to Saturn actually contains three times as much water as our system's 'famous' ringed planet.

It's not a confirmation of water, but it's an incredibly good sign. NASA's Hubble and Spitzer space telescopes recently discovered 'fingerprints' of water in the atmosphere of an exoplanet over 700 light-years away.

WASP-39b, a planet the size of Saturn, has approximately three times as much water in its atmosphere as Saturn does.

As NASA pointed out in its press release on the findings, no other planet exists quite like this one in our solar system. However, WASP-39b provides particular interest for researchers because it could clue us into how and where planets start forming around stars.

"This exoplanet is so unique, it underscores the fact that the more astronomers learn about the complexity of other worlds, the more there is to learn about their origins," NASA said in a statement. "This latest observation is a significant step toward characterizing these worlds."

Despite the fact that it looks like Saturn, the presence of a lot of water when compared to Saturn implies that the planet could've easily formed in an entirely different way.

According to the researchers, the high traces of water could hint that the planet developed farther away from the star initially. The water would've been left over from the planet taking on a lot of ice. As the WASP-39b migrated nearer to the star, it would've undergone an incredibly different and unique 'journey' than what we would associate with our own solar system.

"We need to look outward so we can understand our own solar system," explained lead investigator Hannah Wakeford of the Space Telescope Science Institute in Baltimore, Maryland, and the University of Exeter in Devon, United Kingdom. "But exoplanets are showing us that planet formation is more complicated and more confusing than we thought it was. And that's fantastic!"

Wakeford's team could dissect the different atmospheric components of the exoplanet. Even though the WASP-39b was similar in size to Saturn, it had little else in common with the popular ringed planet.

The team used the Hubble and Spitzer telescopes to get the most complete picture of the atmosphere recorded to date. Wakeford called it "the most beautiful example we have of what a clear exoplanet atmosphere looks like."

Wakeford's feelings and thoughts on the importance of the findings were echoed by her team members, including David Sing. 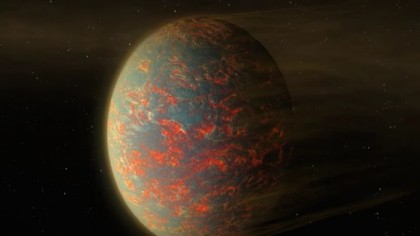 Researchers Have Found the HELL

"WASP-39b shows exoplanets can have much different compositions than those of our solar system," said co-author Sing of the University of Exeter in Devon, United Kingdom. "Hopefully this diversity we see in exoplanets will give us clues in figuring out all the different ways a planet can form and evolve."

Wakeford doesn't want to stop with just these findings. She hopes that she and her team can leverage the power of the James Webb Space Telescope which is scheduled to launch in 2019.

The Webb telescope would even be able to offer researchers an idea about the planet's atmospheric carbon and thus clue researchers in more as to how this planet formed.