Venus, the second planet from the sun and our closest planetary neighbor, has one of the harshest environments in our solar system. Its landscape is dusty, with surface temperatures reaching a searing 471 degrees Celsius (880 degrees Fahrenheit).

Venus has a thick atmosphere consisting primarily of carbon dioxide and clouds of sulfuric acid with sharp lightning bursts. One day-night cycle takes 117 Earth days as the planet rotates in the opposite direction to its orbital revolution around the sun. The top layers of clouds circumvent the planet every four Earth days as the atmosphere has hurricane-force winds of 360 kilometers (224 miles) per hour.

The atmospheric pressure, of 90 atmospheres, is equivalent to the pressure at depths of 1.6 kilometers (1 mile) beneath the surface of the ocean.

Venus' harsh environment poses major challenges for missions attempting to explore the surface of the planet. Any spacecraft or rover sent to the planet would quickly burn out its electronics within minutes of entering the atmosphere. 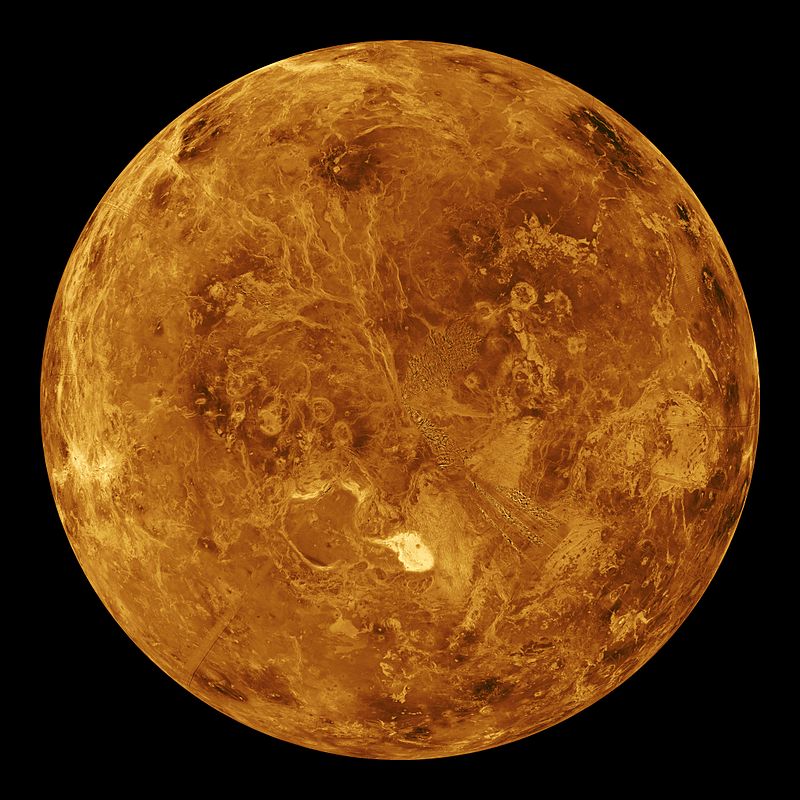 Past missions have been limited to a few hours of operation on the planet's surface and contained bulky pressure vessels and cooling systems which prevented the IC's from overheating.

The team electrically tested two of these long-duration IC's in the Glenn Extreme Environments Rig (GEER), which emulates conditions expected on the planet's surface. The circuits endured  521 hours of simulated conditions – more than 100 times longer than electronics previously commissioned for Venus missions.

IC's originally designed to function in the hot regions of fuel-efficient aircraft engines were tested earlier this year at 480 degrees Celsius (~900 degrees Fahrenheit) for more than 1000 hours in Earth-atmosphere ovens.

"Elimination of heavily cumbersome electronics sheltering measures (e.g., pressure vessels and cooling systems) while simultaneously extending IC surface operating time to weeks or months should drastically alter the hardware and approach to Venus surface exploration and fundamentally change what can be considered in future Venus mission concepts." concludes the article.

Understanding Venus' atmospheric greenhouse effect and its geology is vital in our future quest towards a better understanding of Earth and our solar system formation.

SEE ALSO: NASA Takes You 3 Billion Miles Away to the Breathtaking Planet Pluto

An unprecedented look under Jupiter's surface reveals a cannibalistic past