NASA Going Back to the Moon 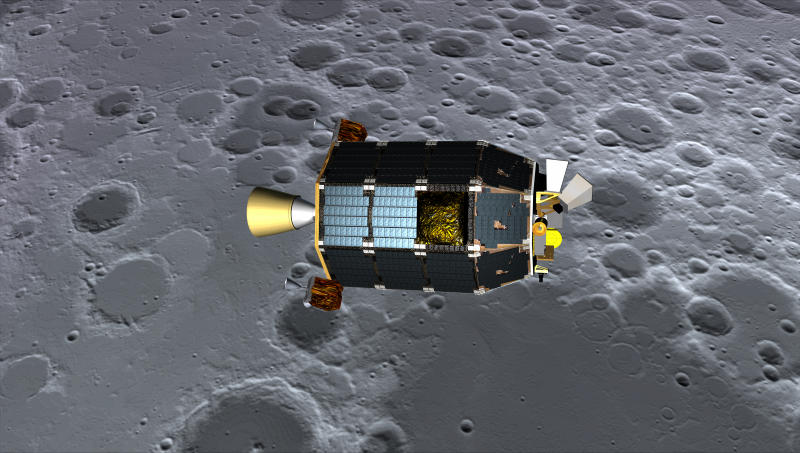 As I write this on August 24th, 2013, NASA is in the final preparation state for launching a probe at 11:27 PM EDT Friday, September 6th, from its Wallops Flight Facility on Wallops Island, Virginia.

The Lunar Atmosphere and Dust Environment Explorer (LADEE) spaceship will conduct a robotic mission to orbit the Moon in order to gather detailed information about the structure and composition of Earth's only moon's thin atmosphere.

The LADEE bus structure, which is an Ames-developed Modular Common Spacecraft Bus architectural design, is made of a lightweight carbon composite with a mass of 547.2 pounds (844.4 pounds when the fuel gauge is on "F").

Ames Director S. Pete Worden said "This mission will put the common bus design to the test. This same common bus can be used on future missions to explore other destinations, including voyages to orbit and land on the moon, low-Earth orbit, and near-Earth objects."

LADEE will commence with its 40-day commissioning phase high above the Moon's atmosphere around October 5th. Within the first 30 days of the mission, the spaceship will test a high-data-rate laser communication system to enable higher rates of satellite communications analogous to high-speed fiber optic networks for Internet communications on Earth.