These tires offer traction better than a traditional pneumatic tire and reduces the possibility for puncture, according to its developers at NASA.

NASA has debuted a “superelastic tire” which can adapt to alien environments, huh like the one found on Mars. The new wheel is an alternative to the pneumatic tires currently fitted on the Mars Curiosity Rover.

A routine check of the rover’s six aluminum wheels revealed that one had damage to its grousers. The grousers are the zig-zag shaped treads that extend out from each wheel, according to Engadget. Curiosity has been on the red planet for the last five years and is currently examining dunes on the Murray formation and climbing Mount Sharp to assess the regions billion-year old climate. Despite equipment setbacks, it is still sending images along the way. NASA predicts it can still manage 40 percent more life from its wheels.

Meanwhile, the space agency is planning on a tire change for future missions — invented by both NASA Glenn and Goodyear; the elastic tires are inspired by “Apollo lunar tires” which use shape memory alloys (mainly NiTi and its derivatives) that can withstand high strain on load-bearing components. This means that the airless tires can handle reversible strain and deformation, eliminating the possibility of punter failures. Better yet, it also lightens the tire/wheel assembly since it doesn’t need an inner frame.

“In addition, the use of shape memory alloys in the form of radial stiffeners, as opposed to springs, provides, even more, load carrying potential and improved design flexibility. This type of compliant tire would allow for increased travel speeds in off-road applications,” writes NASA in a press statement.

The operating rovers on the Red Planet at the moment consist of the Curiosity Rover and the Opportunity Rover. Opportunity has been on the planet longer than Curiosity, landing in 2004, eight years before the latter.

Mars 2 was the first space probe to crash land on the red planet, launched by the soviet union on May 19th, 1971. Mars 3, another probe launched with the project M-71 also made it to the surface of Mars, but its transmission soon disappeared.

Shortly after in 1973, Mars 6 and Mars 7 were launched, after two months Mars 6 was unable to receive commands but continued in autonomous mode for another five months after landing on the surface, it even sent back data. Mars 7 meanwhile, missed the planet entirely. 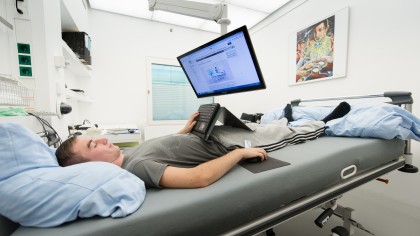 “In spite of numerous failures, the technical and scientific achievements during the Mars exploration effort were invaluable. The scientific results are broadly discussed in western literature, and technical knowledge has been advanced,” writes NASA translating for V.G. Perming from his book, “The Difficult Road to Mars.”