Forgot your Netflix binge and check out the NASA channel instead. The International Space Station will be broadcasting its happenings for six hours. This includes the next spacewalk.

Starting at 10 a.m. EDT, you can see highly-trained cosmonauts and researchers do what they do best in the craziest of conditions. Two Russian members of the Expedition 52 crew will be the featured spacewalkers. Both Commander Fyodor Yurchikhin and Flight Engineer Sergey Ryazanskiy have plenty of spacewalk time under their belts. Yurchikhin has already logged eight walks, and Ryazanskiy has three. The two have prepped their suits since last week, according to NASA. 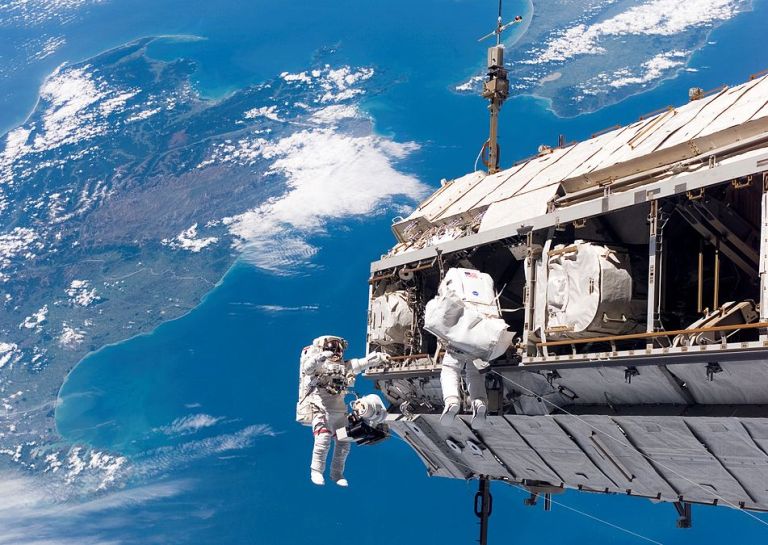 ISS walk during the STS-166 Mission. Today's spacewalk could give us images like this one. [Image Source: NASA/Wikipedia]

So, what exciting things are planned during that six-hour excursion? Is it more enthralling than a Game of Thrones marathon? Well, it has every possibility to be, especially when you take into consideration that a) this is real life and b) everything the ISS does impact our world in ways those researchers never get credit for. 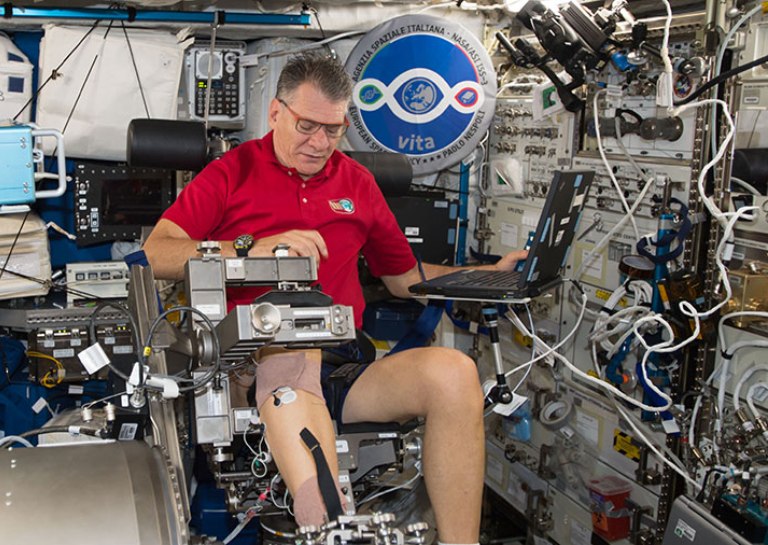 First up is the two men exiting the Pirs airlock. They'll then send out five nanosatellites to work in low-Earth orbit. Each nanosatellite comes in about 11 lbs (5 kg), but they do so much in a small package. One of the nanosatellites will have 3D printing around it. The 3D-printed casings will specifically test how much additive materials will hold up in Earth's orbit.

There are also two huge anniversaries for the two Russians. One satellite will commemorate the 60th anniversary of Sputnik 1 and also the 160th birthday of Konstantin Tsiolkovsky. Tsiolkovsky is known as one of the founding fathers of modern rocketry and astronautics. His research laid the foundation for the Soviet space program -- and its groundbreaking successes.

Yurchikhin and Ryazanskiy will also be collecting residue samples off of the side of the ISS. They'll do a bit of maintenance by attaching struts and more handrails for later spacewalkers.

With the arrival of two new crew members, @Space_Station now has 5 people living onboard. Hatch opened at 11:25am ET https://t.co/mzKW5uDsTi pic.twitter.com/VaPbtvw0CP

If that sounds boring, recent history shows that even the easiest of tasks aren't lame in space. During an April 2017 spacewalk, veteran astronauts Peggy Whitson and Shane Kimbrough accidentally dropped a piece of shielding. That piece of shielding slowly floated away from the two, and the whole event (including Control's stunned and concerned responses) was caught on film.

Peggy Whitson made records earlier this year when she set the longest time a woman has spent in space. She walked for a whopping seven hours and four minutes on March 24. She's also one of the oldest female astronauts, and she's definitely one of the oldest women to ever complete a spacewalk. In total, Whitson alone has collected just shy of 51 hours of spacewalking time.

Whitson is still on the ISS, but it's the cosmonaut's time to get the limelight for this spacewalk. So, if you're dedicated to a cause greater than the Iron Throne or binge-watching The Office for the ninth time, check out NASA Live later today (August 17). Keep in mind that the stream starts at 10 a.m. EDT (Eastern Daylight Time) but the men will leave the airlock closer to 10:45 a.m.