NASA Is Developing an AI-Powered Navigation System for Space

NASA and Intel's new GPS navigation system will help to easily navigate the surface of planets through the shortest possible routes.

Since the number of interplanetary voyages has increased in the past few years, the nature of technologies used in this particular field is evolving too. The latest testament to that is a GPS (Global Positioning System) system that is being developed by NASA and Intel.

Even though space is vast and there is more than enough room to maneuver a spacecraft, there are other parameters that require a lot of attention.

First of all, there aren’t enough reference points that astronauts or rovers can use to navigate their way around space. Then there are different forces present in space that can influence the spacecraft's trajectory.

If the ship gets too close to a planet or moon, the gravitational pull might drag the ship in a different path than the proposed one. Also, one can’t afford to take U-turns or additional routes, because fuel is so precious in space travel, and running out of the same will leave the astronauts stranded on space.

Therefore, NASA wanted a system that can assist the future rovers and voyagers to get out of trouble, if they deviate from the actual path.

NASA, Intel, and an advanced AI

The task of developing this astro-navigation system is being carried out by NASA’s Frontier Development Lab (FDL) and Intel.

The result is the addition of an AI system that will position itself at the core of things.

The details on this technology were showcased at the event hosted by Intel, where the main focus was tackling challenges faced in space travel and unveiling what the NASA-Intel collaboration has in store for the future.

The concept of GPS for space is based on providing enough pictures related to the surfaces of celestial bodies to the AI platform.  Once the space exploration GPS is fully matured, it will help the future space travelers and robots to navigate through space by just looking at the pictures fed by the team.

When a picture of the surroundings is sent to the system, the AI will match it with millions of images it has in its repository. Upon finding a match, the system will be aware of where the lost travelers or rovers are and will suggest the best possible route to get them to a safe or predestined route.

The GPS system for space was put under test by building a virtual moon. The researchers fed the system with 2.4 million images of the moon and instructed it to find a specific point with another image.

The data according to the researchers was enough to navigate on the surface of the virtual moon. They are now looking to test the system with a real celestial body. 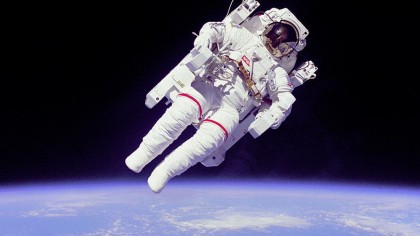 Intel believes that the space GPS system might soon be able to assist future commercial space missions on the search for water and life, by providing reliable terrain mapping.

"From the moment we heard about this challenge, we were committed to applying our expertise and technology solutions to the groundbreaking work being done on applications of AI for space research. Congratulations to the research teams, and to the Intel mentors, who are advancing technology that could take us to Mars and beyond," said Naveen Rao, corporate vice president and general manager, Artificial Intelligence Products Group, Intel.