NASA is reportedly planning to send a mission to interstellar space in time with the 100 year anniversary of the first crewed mission to the Moon.

NASA may be planning a 2069 interstellar mission to search for life outside our solar system. The mission would coincide with the 100 year anniversary of the first moon landing. Details are slim on the proposed trip, it lacks a name and most of the technology required hasn’t even been invented yet. But a group of scientists at NASA’s Jet Propulsion Lab (JBL) is sure it is possible. Anthony Freeman from JBL presented the mission concept at the 2017 American Geophysical Union conference in New Orleans, Louisiana, on 12 December. “It’s very nebulous,” he said. 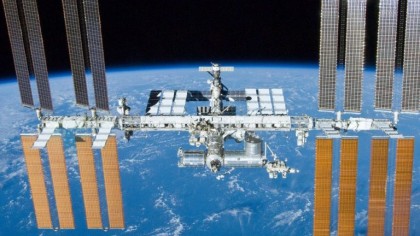 Motivation to kick off the mission came after a 2016 funding bill directed the agency to study interstellar travel that has the capability to reach at least 10 percent of the speed of light. The ambitious mission would require a craft that would need to travel at a minimum of 10 percent of the speed of light. With a planned destination of the Alpha Centauri constellation, 4.4 light years away, a vehicle moving at even close to the speed of light would still take 44 years to reach complete its outward journey. One type of technology rumored to be-be pursued by the Space Association is the use of tiny probes powered by lasers. These, in theory, would be capable of reaching the speed of light. Other possible alternatives include using nuclear power or through collisions between antimatter and matter.

Little is known about these far reaches of space. One exoplanet confirmed by scientists in the Alpha Centauri star system called Proxima Centauri b has been disregarded as a possible location for life due to its orbiting dwarf sun that sends out bursts of radiation that make the living condition of the planet unlikely. While the mission is ambitious, it is also about time. The first and the last space mission to leave our solar system happened back in 1977. The Voyager 1 craft is currently 13 billion miles from Earth. It moves along at about 1 percent of the speed of light, so the benchmark for improvement is pretty low.

Interestingly the Voyager also had a mission of looking out for other life. Aboard the spacecraft was a highly unusual object. A gold-plated copper disk, created in the likeness of a phonograph record. The record contains greeting messages from Earth in fifty-five languages as well as a variety of natural sounds from Earth such as the sea, wind and bird cries. Several pieces of music are also recorded on the disc, covering a variety of genres and origins.

The contents of the disk were curated by a NASA committee chaired by Carl Sagan. 115 image also feature on the record. These include an outline of a man and a woman as well examples of mathematical formula and a collection of images of humans from around the world. It is unknown if NASA would plan a similar tactic for their new mission.

Via: The Independent, New Scientist