After being put into hibernation and presumed "dead," the Kepler spacecraft surprised researchers by waking back up on its own.

NASA’s Kepler project is awake and functioning after taking a short nap from July to August 29. 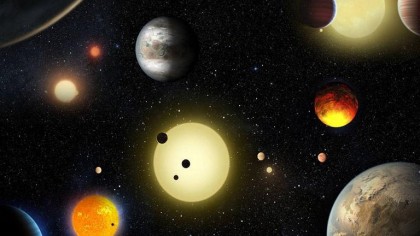 After the year it has had, it deserved the break.

The popular telescope had a short siesta during the summer after NASA reported Kepler was running low on fuel.

2018 has been a rough few months for the Kepler spacecraft, but officials still hope the craft can end its mission with the send-off it deserves.

Since its start in 2009, the Kepler space telescope has discovered over 2,650 planets to date. At a $600 million price tag, the Kepler program remains one of NASA’s most successful discovery programs.

Initially, Kepler studied stars rather than planets. Its telescope can observe more than 150,000 stars simultaneously. The dips in brightness in stars over time, however, often indicate an orbiting planet near those stars.

Those dips are what NASA researchers used to pinpoint thousands of new planets.

However, the excitement about the program turned to worry back in March when officials first reported the spacecraft was running out of fuel. The craft -- which managed to survive debris, mechanical failures, and being bombarded by cosmic rays -- would ultimately succumb to low fuel.

“At this rate, the hardy spacecraft may reach its finish line in a manner we will consider a wonderful success,” officials said in a statement. “With nary a gas station to be found in deep space, the spacecraft is going to run out of fuel. We expect to reach that moment within several months.”

When reports that Kepler’s fuel levels were getting low surfaced, researchers were worried the telescope wouldn’t have enough energy to reorient itself back toward Earth and transmit the most recent data gathered.

In July, NASA made the decision to put Kepler into an indefinite hibernation to make sure data could return to Earth from its Campaign 18. The data-beaming windows for information are limited, as Kepler shares NASA’s Deep Space Network with other spacecraft.

On August 9, NASA reported the spacecraft successfully beamed the Campaign 18 data to Earth. On August 24, researchers said they’d received the data before Kepler went back to sleep.

Many speculated Campaign 18 would be the last we’d hear from Kepler given its low-battery status, which made the September 5 announcement such a surprise.

“The Kepler spacecraft began collecting science data on Aug. 29 for its 19th observation campaign. After being roused from sleep mode the spacecraft's configuration has been modified due to unusual behavior exhibited by one of the thrusters. Preliminary indications are that the telescope's pointing performance may be somewhat degraded. It remains unclear how much fuel remains; NASA continues to monitor the health and performance of the spacecraft.”

Exploration plans for Kepler and TESS

Kepler waking up suddenly now means it’s on Campaign 19 of the K2 mission. While it might be the most famous planet hunter, it’s certainly not the only one.

The Transiting Exoplanet Survey Satellite (TESS) started testing for its own mission back in August. TESS has already given NASA researchers impressive shots of the galaxy, even though it’s only been surveying for such a relatively short time.

No one knows how long Kepler has left, but there’s full hope that TESS will continue the successful planet-hunting of its predecessor.