Months after losing contact with the 15 year old Martian rover, engineers are making a long-shot attempt to revive the intrepid Martian scout.

NASA announced this weekend that engineers at the Jet Propulsion Laboratory (JPL) in Pasadena, California were making a last-ditch effort to get the Mars Opportunity rover to respond to commands.

Having spent the past several months trying to get Opportunity—which was disabled by a planet-wide dust storm last summer—to respond to commands without success, engineers have come up with three highly unlikely scenarios which may be preventing the rover from transmitting back to Earth. 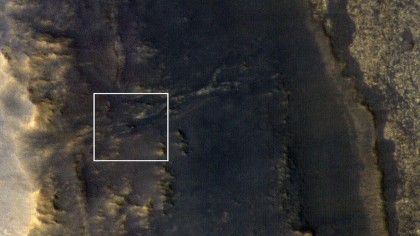 All three scenarios would require a very unlikely chain of events for the Opportunity’s systems to end up in one of these states. If they did occur, however, the options for Opportunity’s team of engineers would be to instruct the rover to switch to its backup x-band radio, if available; use UHF transmission if it isn’t; or to reset its internal clock, depending on the specific failure.

"We have and will continue to use multiple techniques in our attempts to contact the rover," said Opportunity’s project manager at JPL, John Callas. "These new command strategies are in addition to the 'sweep and beep' commands we have been transmitting up to the rover since September."

"Sweep and beep" is what the engineers at the JPL call the attempt to contact the rover via radio and issuing it an instruction to “beep” them back over its radio as a way to signal that it is still alive, rather than simply wait for a signal from the rover.

In either case, Opportunity has been silent.

The clock, offset or not, is ticking.

The area where Opportunity was located when JPL lost contact is coming to the end of its “dust-clearing season.” This is the time of year when winds of Mars are strong enough to potentially clear the dust covering Opportunity’s solar panels, which is preventing it from recharging its batteries.

What’s more, the hemisphere Opportunity is in is approaching winter, when temperatures are expected to plunge to dangerously low for the unpowered rover, potentially causing fatal damage to its electrical components, wiring, computer systems, or its batteries.

A Noble End for the Intrepid NASA Rover?

JPL engineers lost contact with Opportunity on June 10th, 2018, after the rover was consumed by a planet-wide dust storm that blotted out the sun, forcing the rover to rely on battery power for nearly a month without recharging.

This occurred in the 15th year of what was meant to be a 4-year-long mission in a hostile alien environment. That it continued to contribute to our understanding of Mars all these years have endeared the rover to NASA scientists and engineers, and even the public.

"Over the past seven months we have attempted to contact Opportunity over 600 times," Callas said. "While we have not heard back from the rover and the probability that we ever will is decreasing each day, we plan to continue to pursue every logical solution that could put us back in touch."

And if not, "the project team would again consult with the Mars Program Office at JPL and NASA Headquarters to determine the path forward," according to a statement put out by NASA.