NASA Observes Magnetic Reconnection for the First Time in History

NASA directly observed a fundamental process of nature for the first time in history by flying four spacecraft directly through an invisible maelstrom.

Just like probing a hurricane with sensors, NASA flew four spacecraft directly through a maelstrom in space, called a magnetic reconnection. Magnetic reconnections are a fundamental driving force in the universe, spreading radiation seemingly randomly throughout the universe. Better understanding the phenomena will enable engineers to better protect the spacecraft and astronauts as we explore deeper into the cosmos. 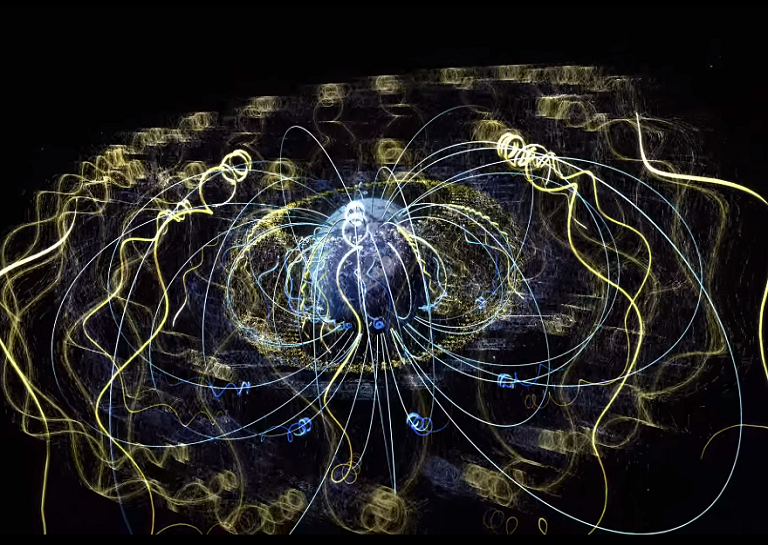 A paper recently published on May 12, 2016, in Science, provides for the first time an in-depth observation from inside a magnetic reconnection event. The research shows that a magnetic reconnection is driven by the physics of electrons- thus unearthing crucial information about how this fundamental process functions in nature.

The effects of the sudden release of particles and energy are thought to cause giant eruptions on the sun, radiation storms in near-Earth space, and creating high energy cosmic particles that come from other galaxies. With new definitive evidence of this effect, NASA can confirm many of these phenomena are caused by the maelstrom effect.

"We developed a mission, the Magnetospheric Multiscale mission, that for the first time would have the precision needed to gather observations in the heart of magnetic reconnection,"

"We received results faster than we could have expected. By seeing magnetic reconnection in action, we have observed one of the fundamental forces of nature."

The four spacecraft that observed the effect (MMS) fly in a pyramid formation and recreate 3-D maps detailing any phenomena they encounter. Oct. 16, 2015 was the day when the spacecraft passed straight through a magnetic reconnection at the boundary where Earth's magnetic field meets the Sun’s. In just a few short moments, 25 sensors on each of the spacecraft collected thousands of observations. The brief moment in time allowed scientists a glimpse into how magnetic and electric fields change, as well as determine the change in velocity to various particles that were charged and forced away in the immediate area.

A particularly large effect occurs when two magnetic fields strike from opposite directions. The result can be incredibly explosive, shooting particles off at near light speed. However, even when perpendicular or semi-perpendicular collisions occur, huge amounts of energy are released.

The observations unveil electrons that are shot away in straight lines at hundreds of miles per second, crossing over the magnetic boundaries that normally repel them away. The particles then make a bizarre U-turn, heading back in the direction they came. The phenomena can be recreated on a computer model, and is known as the crescent model, named after the obvious crescent formation after a reconnection.

"The data showed the entire process of magnetic reconnection to be fairly orderly and elegant,"

Says Michael Hesse, a space scientist at Goddard who developed the crescent model, "There doesn't seem to be much turbulence present, or at least not enough to disrupt or complicate the process."

Predicting how the crescent shape and distribution of election will help uncover the understanding of how magnetic fields interact and accelerate the particles.

"This shows us that the electrons move in such a way that electric fields are established and these electric fields in turn produce a flash conversion of magnetic energy,”

Says Roy Torbert, a scientist at the Space Science Center at the University of New Hampshire in Durham, who is also a co-author on the paper

“The encounter that our instruments were able to measure gave us a clearer view of an explosive reconnection energy release and the role played by electron physics."

MMS has made 4,000 trips through the magnetic boundary boarding the Earth’s and Sun’s magnetic fields, gathering more information about the interaction and motion that magnetic fields inflict. Since the fundamental process was first observed, the spacecraft have flown through five more events, obtaining even more data about the underlying physics.

The MMS spacecraft continue to make trips through the bizarre fields. Scientists are constantly adjusting their positions to gather more data and, hopefully, will one day unravel the perplexing phenomena magnetic waves have on the cosmos. The information will help scientists map out the details of the cosmos, unlocking her very secrets at a fundamental level.