In a statement, the agency said it was seeking to ensure the companies are meeting its requirements for work safety ahead of test flights.

In a statement today, NASA announced it would be launching a safety review of both Boeing and SpaceX ahead of its test flights with the companies. 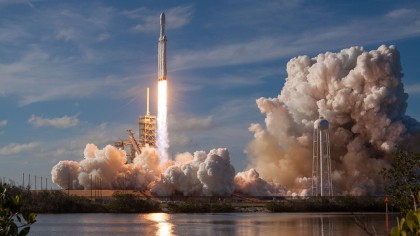 The probe, said the space agency, is intended to ensure the space exploration firms are adhering to NASA's stringent work safety requirements.

"In the coming months, prior to the crew test flights of Crew Dragon and Starliner, NASA will be conducting a cultural assessment study in coordination with our commercial partners to ensure the companies are meeting NASA's requirements for workplace safety, including the adherence to a drug-free environment," said the NASA statement.

"We fully expect our commercial partners to meet all workplace safety requirements in the execution of our missions and the services they provide the American people. As always, NASA will ensure they do so."

The news quickly made headlines around the world with many speculating some of SpaceX CEO Elon Musk's behavior may have prompted the review. The rumors stemmed from a piece by The Washington Post citing three unnamed officials that reportedly were displeased with certain recent events surrounding the executive.

In a statement, however, SpaceX said that "human spaceflight" is the firm's core mission and that it has worked with NASA for years to promote workplace safety. "There is nothing more important to SpaceX than this endeavor, and we take seriously the responsibility that NASA has entrusted in us to safely and reliably carry American astronauts to and from the International Space Station," said the firm.

“The culture at Boeing ensures the integrity, safety and quality of our products, our people and their work environment. As NASA’s trusted partner since the beginning of human spaceflight, we share the same values and are committed to continuing our legacy of trust, openness and mission success," said the statement.

Last August, NASA revealed its schedule for its much-awaited Commercial Crew Program that is set to see the first Boeing crewed flight in mid-2019 and the SpaceX one as early as April 2019. The space agency also announced the nine astronauts assigned to the missions.

The spaceships are meant to restore the agency's capacity to send astronauts to space, one that has been absent since the retirement of the US space shuttle program in 2011. Several delays in the agency's projects have given rise to fears that NASA may even lose access to the ISS for more than nine months. Here's hoping all goes well!