After years of research, development, and testing, NASA is almost ready to launch TESS, with the help of SpaceX.

Astrobiology, which is the fascinating branch of space sciences that deal with formulating theories and conducting research solely related to life beyond our planet, has received generous support from NASA with the recent announcement of an ambitious 2-year satellite observatory project.

Named the Transiting Exoplanet Survey Satellite, or TESS, the spacecraft is now housed at NASA’s Kennedy Space Center in Florida, with the aim of discovering and collecting data on hopefully thousands of new exoplanets. As to date, NASA reports the confirmed existence of 3,705 and a whopping 4,496 candidates, numbers which indicate the enormity of the scope of work envisioned for TESS.

.@NASA_TESS moving into the clean environment @NASAKennedy where it will undergo final preparations for a launch on a @SpaceX Falcon 9. pic.twitter.com/WyIKJSTodx

The NASA Goddard Space Flight Center first revealed details about the mission in 2014, but recently after a successful round of tests and integration, which are still ongoing, a date has been confirmed: “NASA and SpaceX are targeting launch of TESS no earlier than April 16, 2018, pending range approval. SpaceX requested additional time for hardware readiness and to meet NASA launch service mission requirements. The TESS spacecraft arrived at NASA’s Kennedy Space Center in Florida February 12 for payload processing. TESS will launch on a Falcon 9 rocket from Cape Canaveral Air Force Station.”

“To me the most exciting thing about any new mission is the thing you don’t expect,” says Rinehart, the project scientist. “I really hope that somewhere along the line we find something bizarre, something that we can’t explain that requires us to really think hard about what it is we’re seeing. I think we will, but I have no idea what it will be.”

This mid-April date was chosen because it will serve as an optimal observational launching time. The operational orbit around Earth will fluctuate in this period between its closest distance of 108, 308km, and its significantly farther orbital distance of roughly 376, 587km. From a practical standpoint, this large distance will serve to steady the satellite, essentially eliminating the need for thrusters which are typically designed for steering satellites. 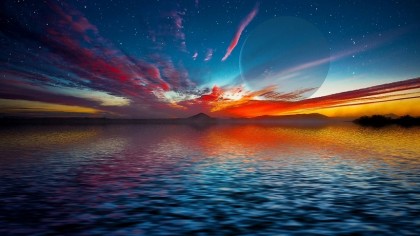 Once up and running, TESS will operate as a kind of exoplanet surveillance camera, making its journey around Earth every 13.7 days, stopping for 10 hours each time it reaches a close distance to our planet in order to transmit the wealth of data it has collected from each previous observation.

One of the main differences with the TESS mission is that it will target an area that doesn’t exceed 300 light-years distant from Earth. Given the vast quantities of exoplanets which are waiting to be discovered, it means that scientists can be more selective about the exoplanets they choose to dedicate their focus to, during the course of the future 2-year mission. To offer a point of comparison, the Kepler satellite mission, also part of NASA, is responsible for a discovery from just last year of multiple planets orbiting two suns—the first circumbinary planetary system—at a distance of 4,900 light-years from Earth.

In other words, as the range of exploration has been modified, success is more or less guaranteed, which means that most likely the focus for scientists working on the TESS mission will be documenting and classifying, rather than simply discovering, exoplanets, according to Rinehart: “On TESS, we will be able to do ground-based follow-up on all of them. It will just be a matter of priorities, not abilities.”