NASA Spearheads Mission to Mine Asteroids

The frontier of the crucial mining industry isn’t a place on Earth. It is on asteroids.

Asteroids are conglomerations of dust, metals, and rock. Some of them also contain tar, and ice. "C-Type" asteroids, one of the three types, are abundant in carbon and water (which is bound up within hydrated clay minerals). These C-Types would be most useful for colonizing outer space. Meanwhile, the "S-type" asteroids have precious little water but have great importance to commercial life and civilization on the Earth because they are abundant with iron, nickel, and cobalt. An even greater abundance of metals is to be found in the large “M-Type” asteroids, but these are hard to find. 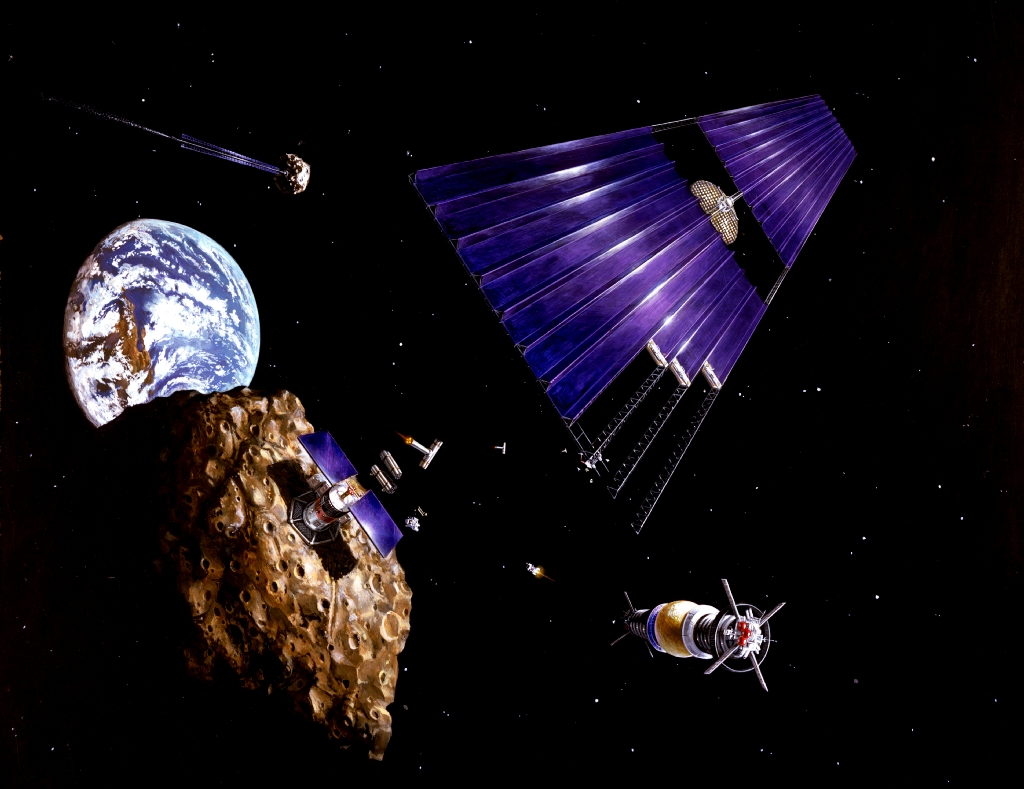 Dante Lauretta of the University of Arizona, Tucson, who is the principal investigator for NASA's OSIRIS-REx asteroid sample return mission, says of the C-Type asteroids that water “is a critical life-support item for a spacefaring civilization, and it takes a lot of energy to launch it into space. With launch costs currently thousands of dollars per pound, you want to use water already available in space to reduce mission costs. The other thing you can do with water is break it apart into its constituent hydrogen and oxygen, and that becomes rocket fuel, so you could have fuel depots out there where you're mining these asteroids. The other thing C-type asteroids have is organic material -- they have a lot of organic carbon, phosphorus and other key elements for fertilizer to grow your food."

Concerning the S-Types, Lauretta says that "there are a fair amount of trace elements that are economically valuable like gold, platinum, and rhodium. A small, 10-meter (yard) S-type asteroid contains about 1,433,000 pounds (650,000 kg) of metal, with about 110 pounds (50 kg) in the form of rare metals like platinum and gold."