In a 'giant leap for mankind', NASA will be sending a package of high tech sandals to the International Space Station (ISS) to gather information on their exercise whilst in space. Spending time in micro gravity and weightlessness, astronauts experience a high rate of muscle and bone loss. NASA assigns at least 2 hours a day for astronauts to exercise whilst in space to combat this, however, they don't really have a lot of data to help explain just how effective the exercise is. 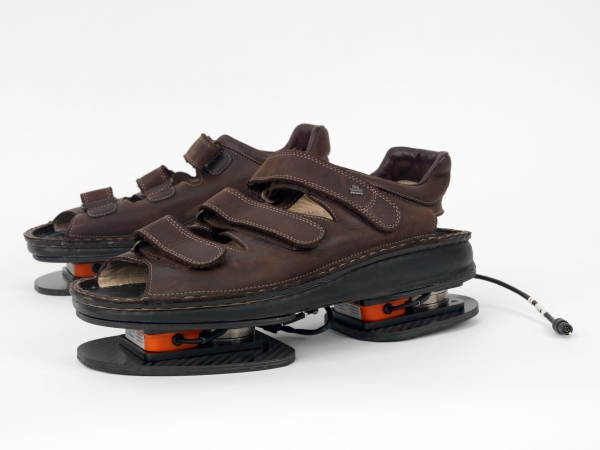 Now they are to send some high tech sandals called ForceShoes that can record the amount of force experience when exercising on the Advanced Resistive Exercise Device (ARED) at the ISS. "Crew members will be asked to set the ARED to provide specific loads in the same way they would set loads on a weightlifting machine at the gym," NASA said. "They will then lift the exercise bar and stand still on ARED while the shoes collect data."

The astronauts undergo similar exercises that you would expect from a gym on Earth; squats, weightlifting and bicep curls etc. However, NASA has never fully understood how the forces experienced by the astronauts differ from the same tasks when on Earth. To investigate, crew members will be asked to set the ARED to provide specific loads in the same way they would set loads on a weightlifting machine at the gym. They will then lift the exercise bar and stand still on ARED while the shoes collect data.

"We are eager to understand how joint forces may be different between exercise performed on the ground and in space, and force-shoe technology might help us do this in future investigations," said Andrea Hanson, exercise hardware specialist for ISS. The data will help NASA construct a better exercise programme to combat the problem of muscle and bone loss.

The astronauts - Russian cosmonaut Maxim Surayev, his colleague Reid Wiseman from NASA, and Alexander Gerst from the European Space Agency - will wear ForceShoe on their 167-day mission on the Soyuz spacecraft. They are set to return to Earth in November.

Spanish Company Will Send Tourists To Space On Helium Balloons