NASA is collaborating with Forest Fire services and testing to see if their space age material could help save firefighters lives.

Space is extremely hostile- most certainly not a place for human life- that is, if it weren't for some clever engineering. After years of studying NASA has developed an array of technology suited to provide a hospitable environment inside of a deadly one. Spacecraft must be able to withstand immense pressure, extreme heat, and provide life support to all the astronauts on board. However, the same technology that keeps astronauts safe inside their craft could also become part of the technology that saves firefighters from out of control blazes.

Following the deadly Yarnell Hill fire in Arizona in 2013, NASA Langley Research Center decided to collaborate with the U.S. Forest Service to see if their space-age technology could provide a shelter to save firefighters. Unfortunately, the blaze quickly became uncontrollable and trapped 19 firefighters inside. The team managed to deploy an emergency shelter they were carrying, however, it was unable to save them. All 19 perished in the blaze.

"When I saw that on the news, it just shook me to the core,"

"The huge loss of those firefighters made some of us at NASA think about how our research might help improve firefighter survivability."

NASA is looking to forever change the future of firefighting to help save the heroes that risk their lives almost daily to keep everyone else safe.

At the time, NASA was still developing flexible thermal protection systems, similar to the one used for the recent expansion on the ISS. The heat shield is similar to current shielding technologies implemented by firefighters today but could present more protection to shield firefighters from the extreme heat while situations grow out of control.

"We've been able to use our decade of experience developing flexible heat shield materials, which have a lot of things in common with fire shelter materials,"

"We have approached the challenge of designing a new shelter from an engineering perspective, starting with screening small samples of 70 materials and over 290 unique combinations of those materials."

The collaboration with the U.S. Forest Service’s Missoula Technology and Development Center (MTDC) in Montana and Fire Shelter Project leads Anthony Petrilli and Mary Ann Davies could see new and improved fire shelters completed by 2018. NASA is attempting to take advantage of their heat resistant technology that uses many layers to slow the transfer of heat. However, there were many issues along the way.

“We learned quickly we couldn’t repurpose our materials directly,”

“You can’t just take an inflatable heat shield and turn it into a fire shelter. The constraints for mass and volume are far too strict for the fire shelter world.”

Currently, the shelters have been reduced to less than a millimeter thick, weigh 4.3 pounds (1.95 kg) and can be packed up into a space the size of a half-gallon of milk. Two prototypes underwent testing in Canada and at North Carolina State University. 22 prototypes were tested over a 3 month period. 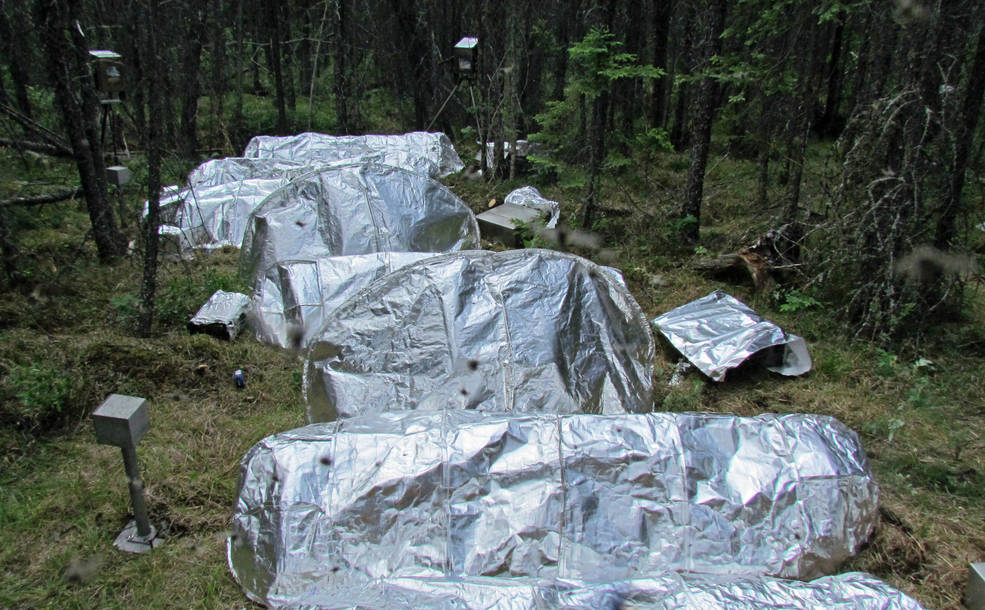 NASA engineers anticipate to publish their findings to the U.S. Forest Service by 2017, with a finalized device ready for 2018. Hopefully, the technology will give firefighters a fighting chance in otherwise fatal situations. The technology could not be ready soon enough as firefighters continue to put their lives on the line in blazing fires all around the world. 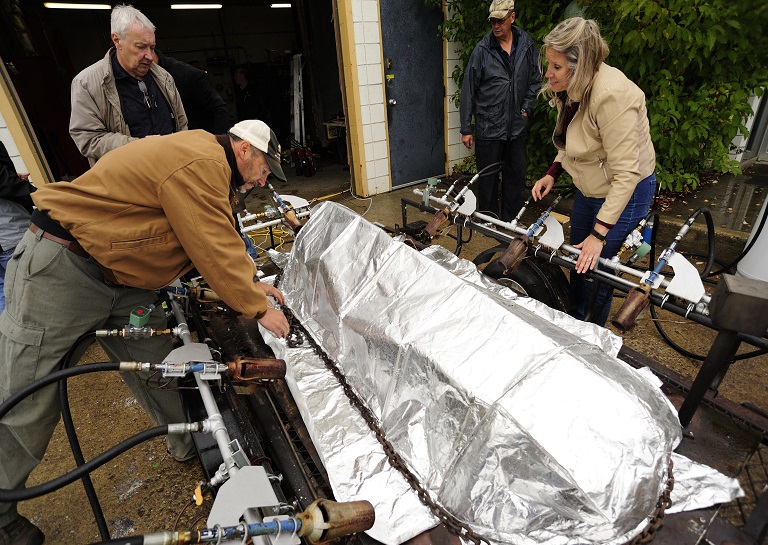 SEE ALSO: Wi-Fi Router Hidden in a Boulder is Powered by Fire