The Double Asteroid Redirection Test will take place in the next couple of years and head towards the Didymos asteroid.

Like a scene straight out of Men in Black or the beloved Armageddon, the National Aeronautics and Space Administration (NASA) has announced its plans to commence real-world testing of its planetary defense system in the next couple of years. This is a major stepping stone for NASA’s Planetary Defense Coordination Office and planet Earth.

Most researchers and space enthusiasts would agree, that it was an asteroid that caused the extinction of the dinosaurs. For the uninitiated, asteroids still pose a major threat to all life on Earth. Even a moderately sized asteroid could lead to apocalyptic like events on earth leaving humans competing for resources on a Mad Max-like barren wasteland. 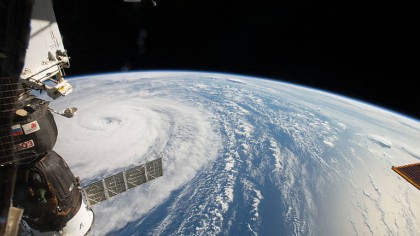 The modern civilization is extremely efficient at identifying Near Earth Objects, however for most of the modern history, science lacked the essential tools needed to properly deal with any potential threats to Earth that may be on a path towards the planet. But fret not; NASA is here to save the day.

Dubbed as the Double Asteroid Redirection Test or DART for short, the planned mission will send the DART spacecraft on a collision course with the non-threatening asteroid Didymos to test the spacecraft's ability to redirect the direction of the celestial object.

The Didymos asteroid is approximately 800 meters across and its secondary body or “moonlet” has a 150-meter size. This target is perfect because Didymos represents the size of the asteroid that is a more common threat to the planet Earth.

DART will be the first example of the kinetic impact technique to change the motion of an asteroid in space.

11 million kilometers from Earth, the spacecraft will crash deliberately into the moonlet of the object at a speed of approximately 6 km/s by utilizing the sophisticated navigation software on the DART spacecraft to ensure precision.

The spacecraft itself will utilize the NASA Evolutionary Xenon Thruster – Commercial (NEXT-C) solar propulsion system as its way to reach its scheduled target Didymos. NASA is expected to launch the DART spacecraft in late December 2020 and through May 2021.

It will be interesting to see how NASA will leverage this mission to create even more sophisticated technology to protect the planet from unknown threats from space.

Who knows, we may need a planetary defense system like the one in Independence Day 2 to tackle a much scarier threat in the near future.