NASA Will Launch World's Lightest Satellite Thanks to Teen

An 18-year-old inventor will have a dream come true thanks to his innovative idea. Rifath Shaarook developed an ultralight satellite -- just 64 grams (0.14 lb or roughly 2.2 ounces). Shaarook is the winner of the NASA-sponsored Cubes in Space competition.

"We designed it completely from scratch. It will have a new kind of on-board computer and eight indigenous built-in sensors to measure acceleration, rotation and the magnetosphere of the earth," he explained to Business Standard. "The main challenge was to design an experiment to be flown to space which would fit into a four-meter cube weighing 64 grams." 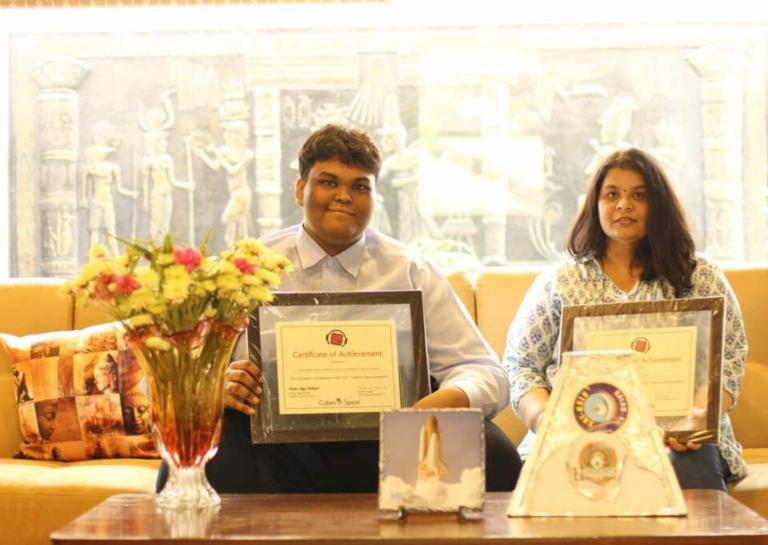 Shaarook named the satellite the KalamSat after APJ Abdul Kalam -- India's premier nuclear scientist and former President. The KalamSat will launch from NASA Wallops Flight Facility in Virginia this summer (June 21). Once launched, the satellite will fly a four-hour sub-orbital mission. It will spend approximately 12 minutes to test the durability of the extremely light carbon fiber casing. 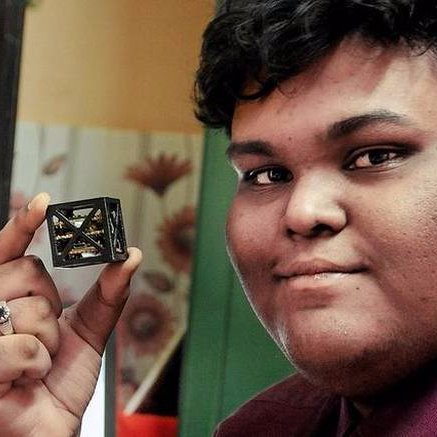 The flight will create several firsts for both NASA and Shaarook's home country. The project will test the success of NASA's 3D printed productions. It also marks the first time that a NASA mission will include an experiment from an Indian student.

Kids Creating the Future of Space

Cubes for Space and Shaarook's success story are just a few of the ways NASA engages aspiring engineers. The International Space Station will test out microbe analysis techniques developed by 17-year-old Anna-Sophia Boguraev.

NASA even gets assistance from students when it least expects it. Recently, a British student pointed out errors in the ISS radiation data. The 17-year-old from Sheffield worked on a project requiring students to analyze British astronaut Tim Peake's data from his stay on the ISS. Miles Soloman quickly confirmed an issue that NASA researchers only thought occurred once or twice a year.

“I noticed that where we should have no energy, where there was no radiation, it was actually showing -1. The first thing I thought was ‘Well you can’t have negative energy,’ and then we realized that this was an error,'” Soloman said.

Soloman discovered NASA's 'once or twice per year' error actually happened multiple times a day. Physicist Lawrence Pinksy with the University of Houston collaborated with the ISS's radiation project. He said the issue didn't happen with data collection but with the algorithms used.

"It was appreciated more so than being embarrassing," he told the BBC. "The idea that students get involved at a real level means that there’s an opportunity for them to find things like this."

NASA also recently put out another call for payload innovations. The group opened submissions for payload transportation ideas in March. While NASA has not confirmed precisely what the technology would be used for, many suspect it would be for possible lunar mining.