NASA's latest near-$1 billion investment might only get to see one or two rocket launches given the lean on the tower itself.

NASA's Mobile Launcher (ML) tower captured the attention of space fans everywhere nearly a decade ago when construction first began. However, it's now making headlines again for an entirely different reason -- it's leaning. It's leaning so much that it might only remain upright for one rocket launch.

In total, this mistake will cost NASA nearly $1 billion.

While the structure itself is technically 'sound,' NASA noted that it won't be adjusted to accommodate for the lean. Thus, it's leaving many to believe this first Mobile Launcher Platform will be used until it's no longer safe to be used and then replaced with another sturdier platform.

“NASA’s mobile launcher is structurally sound, built to specifications, and does not require a design change or modifications. As expected, the mobile launcher is not perfectly still,” a NASA spokesperson said. “Throughout the installation process, the construction contractor has regularly taken laser survey measurements of the tower to ensure it meets critical system tolerances where the rocket and spacecraft will interface with the mobile launcher.”

In total, the equipment stands at 400 feet tall and weighs more than 10 million pounds. The tower has miles of extensive cabling and it cost roughly $912 million to build.

The first surveys of the tower's construction back in 2011 included 'deflections' and 'imperfections,' NASA noted. However, that's not entirely uncommon for massive steel builds of this size.

"This is likely due to a combination of welding the different levels and modifying them one at a time from the mobile launcher’s original design for the Ares rocket, changes introduced in the structure during these modifications, and the additional mass," NASA's spokesperson said. "There is no data that indicates a structural issue directly attributed to these imperfections (neither caused by the imperfections or causing the imperfections)." 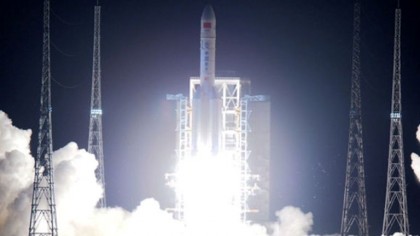 The Mobile Launcher's build started for the Ares 1 rocket. The base of the tower can be moved by NASA's Crawler Transporters and then affix the tower to it through 'umbilical' connections. The tower also helps secure access points for engineers and astronauts pre-launch.

The NASA team noted that other factors can play a role in how the tower reacts with regard to a launch.

“There are also several natural effects that can influence movement of this gigantic steel structure, including wind, temperature, and vibration during the move on the crawler transporter. NASA and its contractors have models that predict the amount of additional lean after parts are installed, and use laser survey data to confirm the data.

“All our predictions and actual measured deflections have been in agreement, which indicates we have a solid understanding of how much the mobile launch tower naturally moves, and confirms no “corrective actions” are required.”

For a short time, no one was sure what the fate of the ML was going to be. President Obama canceled the Constellation Program, and thus it forced the Mobile Launcher. However, when the SLS came to fruition, the Mobile Launcher was quickly pulled out of storage.

21 Diverting Ways for Engineers to Spend the Time During Confinement

When the Internet and Cell Phone Networks Go Down, Amateur Radio Operators Step Up